“Paths of Glory” is one of those few films that you can come back to at different times in your life and find someting new, again and again. As part of my current interest in the French Army of the Great War, and the battle of Verdun in particular, I got hold of a very reasonably copy on DVD and watched it a couple of weekends ago. 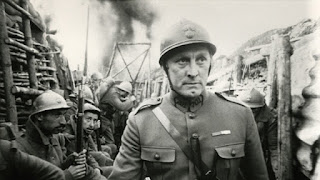 Although I’ve not seen the film for at least ten years, it remains evergreen. Directed by Stanley Kubrick in 1957, the storyline is straightforward. Colonel Dax (Kirk Douglas in rarely-better mode), commanding officer of the French 701st Regiment, is tasked with an impossible assault on German lines at a fortified position known as “The Anthill”. The attack is a failure, and as a consequence Colonel Dax’s commanding officer, the ambitious General Mireau, determines that a number of French soldiers should be Court Martialed for cowardice. The number of private soldiers to be accused of cowardice is reduced to three, chosen by random lot. The soldiers stand trial and are defended by Colonel Dax. The trial is a foregone conclusion. The accused soldiers are sentenced to death. 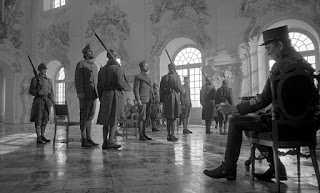 Within the story are numerous wonderful vignettes. Coming back to these after not seeing the film for a long time is a great experience. I loved the opening dialogue between the two French generals, Broulard of the General Staff and his subordinate Mireau. General Mireau turns from originally declining the task to assault “The Anthill”, only to accept the mission once a promotion is dangled tantalizingly before him. The scenes with the soldiers facing court-martial, and their time after a verdict is delivered, are moving and carefully judged. Colonel Dax is unable to prevent the judgment of the Court being carried out, his helplessness a metaphor for the vulnerability of humanity in war.

I’d strongly recommend the film for anyone interested in the Great War, or films in general. Far more knowledgeable people than me have written extensively about the film, and an excellent entry in IMDB is available here. 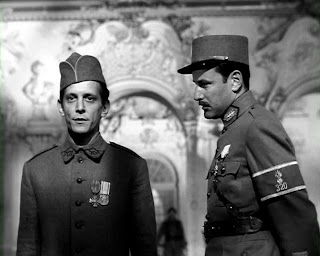 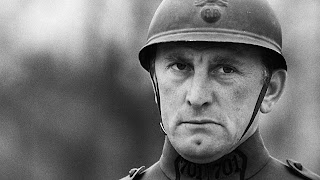 But what’s in the film for a wargamer? I think there’s quite a bit.

The attack on "The Anthill" is excellently staged. Over a ton of explosives were used in staging the battle in the first week of filming, and the scenes of the attack have the verisimilitude of an attack over No Man’s Land, with a wrecked battlefield, an indistinct (but clearly formidable) German fortification and attacking French troops being cut down without even seeing their German opponents. From my reading of conditions at Verdun, and on the Chemin Des Dames in April 1917, the battle conditions sound grimly realistic. 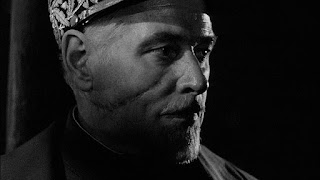 The scenes of General Broulard and General Mireau in the ubiquitous ‘chateau behind the lines’ are clichéd, but can still yield some ideas for wargaming backgrounds. Certainly the dialogue between the two generals is acted with wonderful timing and skill. My understanding from Robert Doughty’s excellent book “Pyrrhic Victory: French Strategy and Operations in the Great War” (2008) is that as the war progressed the French General Staff were nowhere near as closeted and isolated from the reality of the front lines as the film suggests. However, the relationships between members of the French General Staff were frequently difficult and fractious. Rivalries existed between and within army formations relating to republican politics, religiosity and clericalism, and approaches to the prosecution of the War. These seem to have reached their height around the Nivelle Offensive in early 1917, although it would also be unfair to single out such difficulties as being exclusively attributable to French commanders and general staff. Adding a theme of command disagreements and rivalry is an enhancement to any wargame at the right level, and players who may have watched “Paths of Glory” in advance of a game might be enthusiastic if this source of additional tension is added into the scenario mix.  I'll be offering some ideas shortly, when I get to the wargaming mechanics part of The Verdun Project. 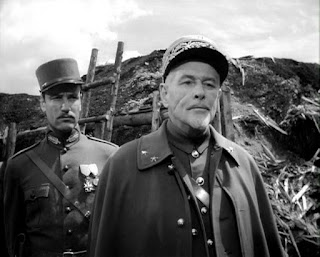 So, an excellent film, very enjoyable and worthwhile on its own terms. An unreserved five star-shells, whether you’re a wargamer or not. 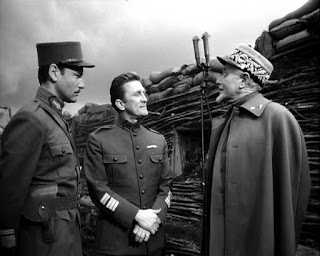 As a postscript, you may be wondering why the blog posts have gone strangely silent for a few weeks. Nothing amiss, no disasters happening – just a mountain of work in real life, I’m afraid. Hopefully I’ll be blogging more very shortly.
Posted by Sidney Roundwood at 12:30 40 comments: