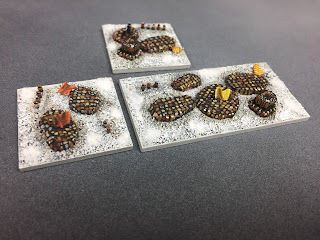 "When an entire Victory is obtain’d, he who hath lost the day should not lose his Courage too,
but ought to gather up his Shipwreck, rally his dispers’d and broken troops, get new recruits, dissemble his losses, encourage his party and draw to a head again; these are things
practis’d by all intelligent Generals."


One of the things I enjoy seeing on a wargames table are visual indicators of how well, or how badly, a battle is progressing for each side. I like to see formations fragmenting under pressure, and routing troops being pursued from the field.

As it has taken a long time to prepare just a dozen or so battalions in 28mm for our games to be set in late seventeenth century Flanders, I’m not rushing to complete additional “shattered” formations for the wargames table in 28mm.

However, I like the idea of players being able to look over the table and, at a glance, see how their forces are performing. For our 2mm Thirty Years War set-up, I’m using coloured markers which can be placed on each of the brigade, Tercio, squadron and battalion bases to display the fighting condition of formations in the field. These range from no marker at all (Ordered), yellow (Shaken), orange (Disordered) and red (Shattered). 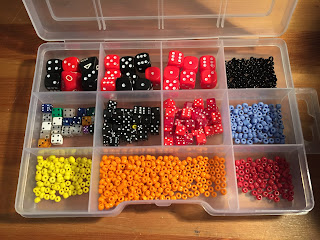 But I wanted to go further, and make a small number of bases to specifically depict the formations with a "Shattered" status in the battle, allowing me to swap out the pristine based formations in a battle line with something more, well, shattered. There is some logic to this move, as well. In the rules we’ve been play-testing, units which are contacted by the enemy in a Shattered state are “Lost” – resulting in victory points for your opponent (abstracting the morale effect of losing standards, guidons, kettledrums, as well as the dismal sight of the “Shipwreck” of your cause as your troops flee the field).

Having Shattered formations in your battle line therefore demands timely attention from any General, lest they be contacted by a variety of enemies including (variously) Croats, Finns or Tartars. 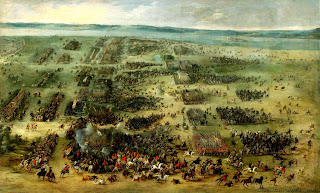 No manufacturer makes routing troops in 2mm, probably a fact which will come as no surprise to anyone. And there’s no ‘clumps’ of disordered troops which could fill the vacancy, either – although Irregular Miniatures does a very nice casting of a defensive pike hedgehog. So, inspired by a long-time distant article from Barry Hilton in Wargames Illustrated in the early 1990s (“Running Away Bases” – thank you Barry!), and encouraged by some conversations with my wargames chum Mark Backhouse about sculpting 2mm figure blocks, I tried my hand at making some “Shattered” bases. 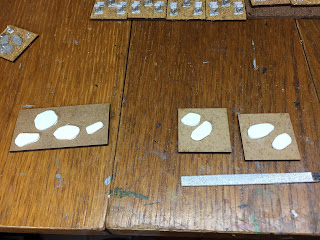 Here’s the result. Each of the “Shattered” bases started life as a 1mm slab of plasticard, covered with green-stuff putty. Sculpting the figure blocks seems tricky at first, but you soon get the hang of it. I applied the green-stuff to the edges of the plasticard, and the top of the card, making a lattice grid to reflect the individual soldiers, and then fiddling with a sculpting tool to make the whole less regular. I added a few tiny wire pikes (at random chaotic angles), and some flags from the foil from a wine bottle (the wine having been enjoyed first, of course). 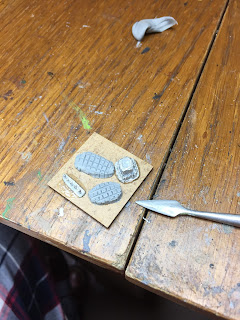 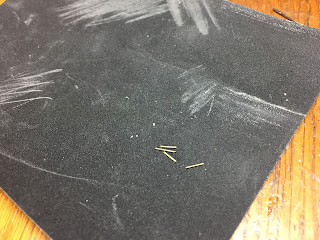 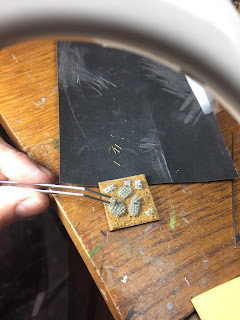 I undercoated the formations, and painted them all in fairly neutral browns, buffs, and greys so they could fit with either the Swedish/ Weimarian or Imperial sides. They look a little impressionistic in close-up, but from 3 or 4 feet away, on the table, they look distinctive enough to remember that they're not standard formations in the battle line. 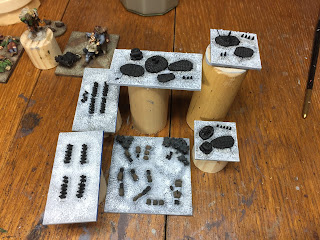 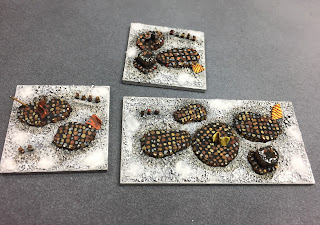 The flags are, of course, slightly out of scale, but I think that’s acceptable for a 2mm brigade or battalion. You really want the flags to catch the eye of the troops in formation, and a making the flags a little over-scale therefore works well. A couple of the flags I draped on the ground – which I think catches the eye and perhaps suggests precious standards being abandoned in the field.

I should probably have ensured that the bases are not as regular. Almost certainly something to change next time.

I added some 1mm snow effect “flock” to the bases. The “flock” is almost dust like in consistency, but glued down on some PVA I think it adds something to the winter appearance of the bases and is in keeping with the rest of the winter terrain for the Lutzen game. 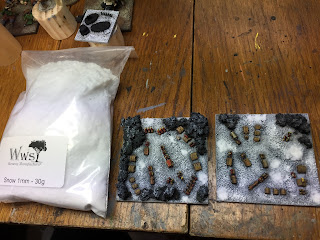 You can probably see in the photos above that I’ve also done a few “Shattered” cavalry squadrons, although I’m less convinced they work as well, perhaps because of a lack of lame, wounded or fallen horses. Something for a future project, perhaps. 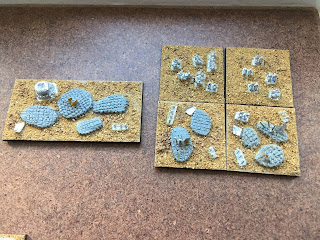 You can also see that the greenstuff sculpting can be used for filling out existing units. I tried bulking out some Eighty Years War Dutch militia battalions with the same approach of adding greenstuff figure ranks, for the Amsterdam and Utrecht militia for the 1620s and 1630s. 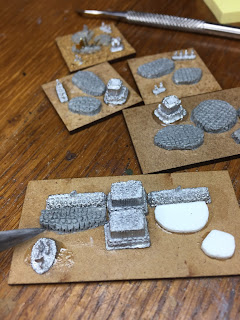 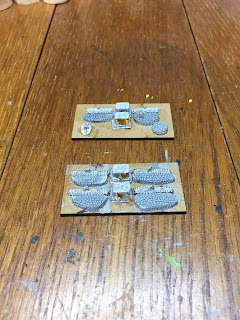 I also used some of the modelling putty to scratch build a coach for the Imperial Chancellery, which
Gustavus' Swedes came close to capturing at one point in the campaign. 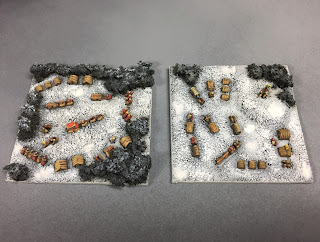 I hope that’s of use to someone!  And, for those of you with fading eyesight (including me), there's something 28mm scale for next time.  Hope you can join me for that! 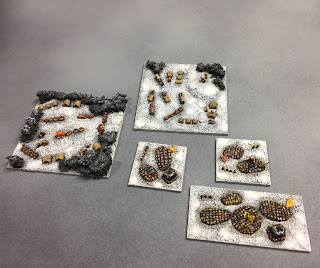 The TooFatLardies Oddcast: number one

It seems strange to say that I've taken part in a podcast after I've made such a poor effort of keeping this Blog going during the year - but I have.

With Richard Clarke and Nick Skinner, I had fun in recording the first TooFatLardies Oddcast, an irregularly appearing podcast about wargaming. You can find the link to the first show here: Lard Oddcast One

During the course of the show, we each chose a book to talk about briefly: Rich went with Sir John Keegan's "The Face of Battle", Nick chose Dr Paddy Griffith's "Forward into Battle", and yours truly went with "The Commentaries of War" by Blaise de Monluc.

Books and wargaming go together perfectly, so I'm hoping listeners will enjoy this part of the podcast. 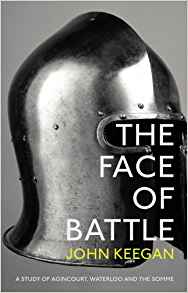 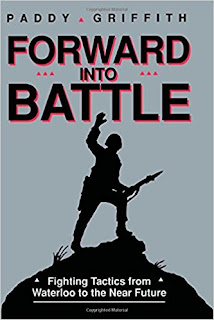 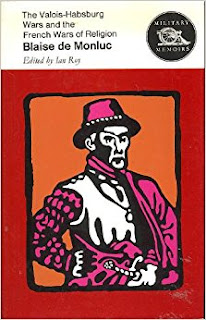 I've again picked some slightly less well known books going forward for future podcasts, mainly so we make sure we have a lot of variety.

I hope you enjoy the first podcast. We've a series of six planned, after which I guess we'll see if anyone wants more!