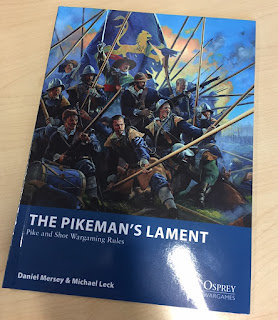 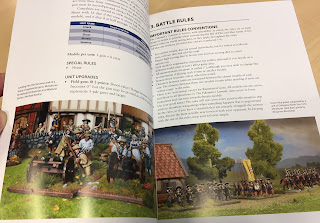 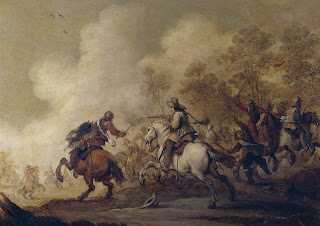 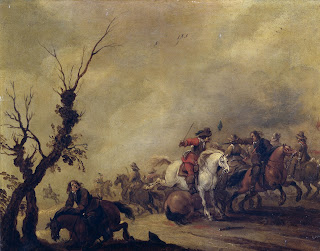 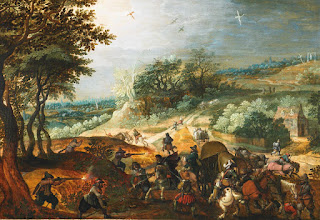 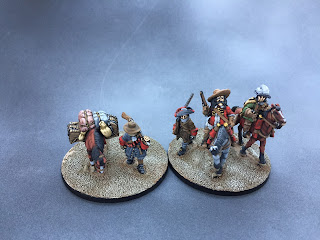 Happy new year, everyone! Slightly belated from me, but I’ve only just arrived back home a day ago. I hope the new year brings you all health, happiness and success in your endeavours, not least in our wonderful hobby.

It was a busy end to 2016 for me and the Roundwood clan. However, I had some time just before Christmas to make a start on my submissions for Curt’s splendid, annual Analogue Hobbies Painting Challenge.

Here’s the first submission I prepared, which is best introduced with a little background. (I would add that those of you not wanting to indulge in a little bit of ‘Alt-History’ – and no doubt there are many of you – please skip most of the post until you get to the modelling section, or anything else which catches your eye). 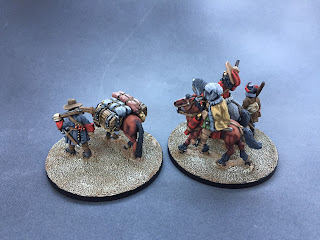 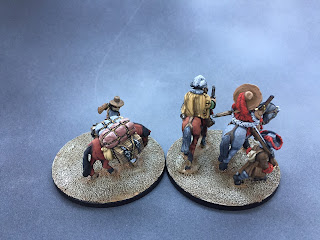 In the Autumn of 1688, the Lords of the Free City of Laarden, positioned between Brugge and Antwerpen on the Flemish coast, sent an emissary to the Spanish Court at El Escorial, just outside Madrid. The small party of Laarden plenipotentiaries, drawn from the five great noble houses of Laarden, had been given the task of seeking military support and financial assistance for their city’s expected involvement in a new conflict which almost everyone in the Spanish Netherlands was anticipating would start with the commencement of the 1689 campaigning season. While the Laarden plenipotentiaries were proud of their city’s independence in the turmoils of the frequent wars in the region between France, Spain and The Dutch Republic, they were pragmatic enough to realise that an alliance with the Spain was likely to be critical in securing their city’s survival in any future conflict.

Ever magnanimous, and sensing an opportunity to forge a profitable alliance with an important Flemish city, Count Oropesa, one of the leading advisors to the sickly King Carlos II recommended the immediate despatch of a Spanish military envoy to Laarden. Don Fernando de Torrescusa, Marquess de Girona, a veteran of numerous battles against the French, was selected for the mission. Don Fernando, although elderly and recently retired to his Castilian estates, was considered by his beloved Tercios as being a “soldier’s soldier”, as well as being a skilled diplomat. He was therefore a promising choice to negotiate the recruitment of a force of Spanish and Hapsberg allies to complement Laarden’s own militia and other Flemish and Walloon regiments gathering at the city itself during the winter months. 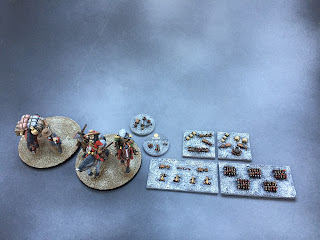 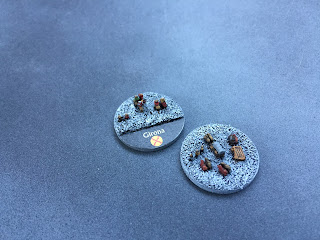 For our purposes, Don Fernando’s greatest legacy is perhaps his journal, which appears to have been written by him between December 1688 and March 1689. Commencing with details of his journey from the heart of the Empire to Laarden, his journal goes on to describe his experiences in Laarden in recruiting troops, skirmishing with outlying French patrols and preparing the Laarden forces in winter quarters for the campaigning season of 1689.

The first extract, from 31 December 1688, is below, accompanied by a photograph of the (...ahem...) original journal, and a helpful map of the surroundings of Laarden, no doubt drawn by Don Fenando, or his faithful equerry Alfredo Ramos.

Little had I realised how absolutely the warmth of Spain would have departed my fingers, my hands, my very bones by the time my boots landed on the Flemish shore. Even the usually-cheerful Alfredo looked glum, sullen and withdrawn by the moment the longboat from the Sancta Maria scraped along the beach. The air tasted of dead iron, flecks of hail and snow whipping against my face even despite my furs and scarves being tugged higher. An unimpressive welcome awaited us: three oystermen trawling their nets; two women with baskets of glassy eyed fish; a crow, limping along the sand. Each of them observed the landing of a Knight of the Order of the Golden Fleece on the sovereign territory of the Free City of Laarden.

It was quite different to my departure from El Escorial; at least I was spared yet more speeches.

We landed the horses and baggage ponies with difficulty. They were even less inclined than myself and Alfredo to venture from the Sancta Maria. An hour we laboured, cursing frozen fingers, rope as unyielding as iron, clothes and bots increasingly cold and damp. And once the work had been accomplished and we were finally well-mounted, our escort finally arrived. A small company of soldiers, about 30 in number, dressed irregularly in earthen colours marched slowly from a 'place d’armes' built on a low sand dune close by the mouth of the estuary of the Laarde. And, on that most grey, half-dawn morning, we witnessed a sight to amuse the most jaded of eyes: a young cavalier, dressed in the most outrageous French fashion of bright yellow and pale blue (which Alfredo whispered are the colours beloved of the Laarden noble houses), complete with a ludicrous black periwig and the affectation of a wooden sword. Even I could not forbid myself a smile as I looked upon this most comical of Flemish warriors. I resurrected my most urbane manner, as he flourished his hat in a deep bow.

“My God”, I whispered to Alfredo in my heavily accented Castilian, “he even speaks like the Damned French.” 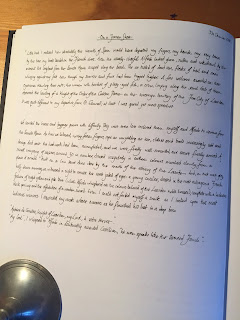 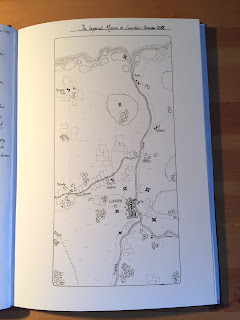 ***
For this Challenge, I wanted to mainly focus on my 28mm forces for the late seventeenth century. So here you have several heavily converted figures originally from Foundry and Dixons. As you might have seen on Twitter, I tried to add winter scarfs and bandages to the foot infantry escorting Don Fernando, which I painted in the uniforms of a couple of the regiments which will hopefully be appearing shortly.

Don Fernando himself started life as a Thirty Years War Imperial infantry officer, and I’ve cut him up and added a fresh pair of legs (or at least boots). The equerry, Alfredo Ramos, is another Foundry ECW cavalryman, with an added pistol and green-stuff cloak. Adding the conversions takes time, but it’s a nice-to-have for one of the command/ personality groups for the army. 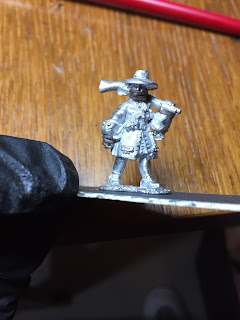 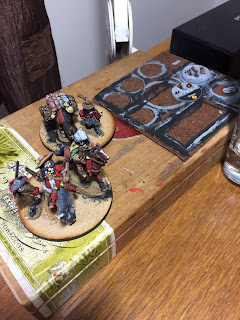 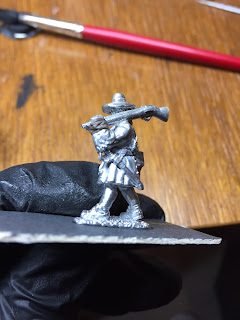 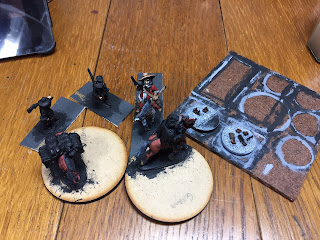 For those with good eyesight, I’ve also added the commencement (in 2mm scale, using Irregular Miniatures) of Don Fernando’s forces, comprising a regiment of caracoling Spanish Horse, a battery of bronze barrelled Spanish artillery, two detachments of trayne guards and a 2mm version of Don Fernando himself and his personal baggage landing on a snow-bound Flemish coastline. I like the idea of trying to build a 2mm force at the same time as a 28mm force – more of those ideas to come in due course. 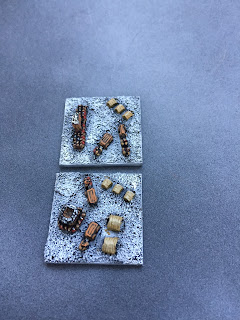 When the baggage trayne was attacked by Imperial Croats in our recent re-fight of Lutzen, 1632, I discovered I didn't have any purpose-made trayne guards to give each side the chance to field some of these soldiers.  One of the nice things abut 2mm is that it is a scale which allows you to correct that sort of oversight very quickly.

The rear bases of the 2mm Spanish formations are painted in a deep, Spanish red (...think of a good Rioja, and you have the idea...).  We found we really needed this visual aid to tell the 2mm formations apart in the recent Lutzen, 1632 re-fight, and I've some ideas for 'allied contingents' to add into the 2mm rules which can make use of the colour-coded bases also. 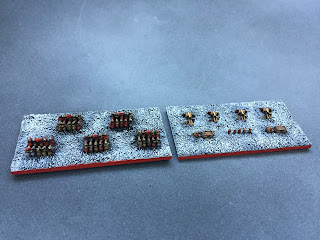 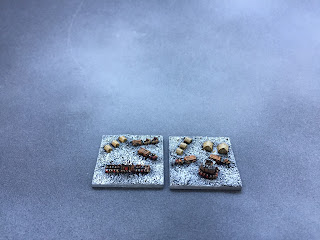 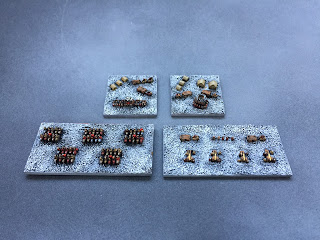 Next time, another book review, and then more from Laarden after the weekend.

Oh, and for any of you curious about Girona, in North Eastern Spain, it's on my list of visits to make in 2017 - even without its Game of Thrones credentials, it looks to be a fine place for any history fan to spend some time. 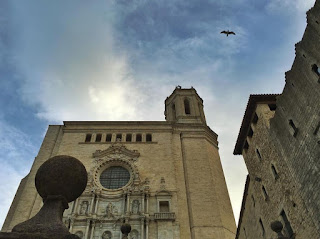 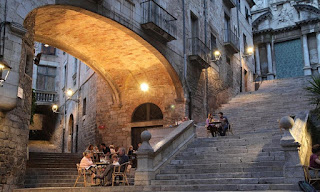