The Sound of a Distant Drum - Spanish Flanders, 1688


One of the things I love about wargaming is the freedom it gives us to create a wargame in a particular time and place. This summer, I’ve enjoyed painting 28mm figures from late 17th century Spanish Flanders.

As periods of military history stand, it’s not really high on your list of memorable historical moments. We are not talking about the Battle of the Bulge. Nor Rorke’s Drift, or Hastings, or Waterloo, or Gettysburg. The military world of Spanish Flanders in the late seventeenth century has long since passed in the shadows of history. I can barely even point you in the direction of a good book on the subject (but more on that in another post!) 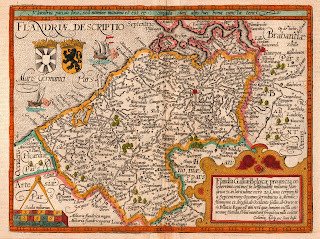 It isn’t easy to reconstruct the intricate network of alliances, armies, bloodlines and fortifications which dominated the strategic existence of Spanish Flanders during the 1670s and 1680s. There are painfully few history books (in any language, and certainly not English) which deal with the conflicts of the War of Devolution, or the Dutch War of 1672. Things get easier to research for the Nine Years War, but the forty years or so between 1643 and 1688 are far from accessible.

Recreating the orders of battles of Spanish, Flemish and Walloon troops who fought over Flanders and Brabant for the Hapsburgs is therefore a rather thankless task. A snippet here, a cast-away remark there - usually in history books focused primarily on Louis XIV, or one of his remarkable marshals such as Turenne or the Great Condé - is just about as good as you get.

The leading Flemish, Spanish and Walloon soldiers of the time are known by name, but only just. The hundreds of men who served under the Hapsburg banners in those wars have long since followed the drum into the mists and heavy clay soil of Flanders, as forgotten as the names of their battles – Seneffe, Cassel, Valenciennes and Cambrai. 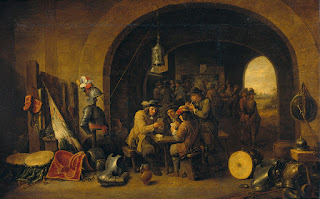 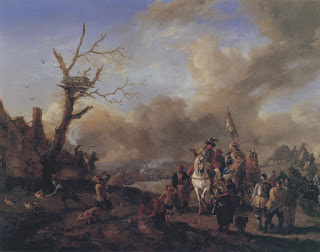 No doubt, somewhere in the dusty libraries of Bruges, Antwerp and Madrid the definitive military history of the Flemish aristocracy from the 1670s and 1680s awaits its greatest chronicler. But no one has stepped forward in over three hundred years, and my guess is that no one is likely to do so any century soon.

Of course, this is all a bit romantic and pessimistic, isn’t it? The culture and physical history of the 17th Century Flemish world is very much alive, and evident for anyone to see in the magnificent and cities of Bruges, Ghent and Antwerp, the jewel of the Spanish Netherlands.

And to my mind, the lack of accessible history can help a wargamer who enjoys being creative with history. One of the real pleasures of wargaming is taking what we can glimpse imperfectly in the past, and attempting to recreate that world in miniature on a wargames table. Like any recreation in miniature, it will not be perfect or definitive. And that’s part of the attraction. With few visible footsteps to follow, once you have discovered the few historical facts you can, the rest is down to your own intuition and insight. And, of course, the final result is influenced by your imagination, respectfully applied.

With this is mind, I’ve been painting up the regiments of a fictitious Flemish 17th Century town this year. I’ve called it Laarden, but I could have called it Antwerp or Ghent. 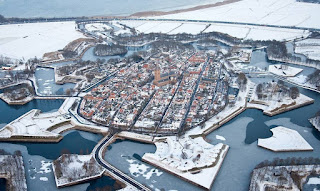 I’d have had no greater idea what the colour of the Antwerp or Ghent civic militias' uniforms were, or what was depicted on their standards. For me, it’s been fun finding out what I could about the real world of 1670s and 1680s Flanders, and then filling in the gaps.  I don’t quite know what you call that. Not quite “imagi-nations”, beloved of so many great wargamers from the past and present. Not quite pure history, either; I freely confess a lot is made up.  What I'm aiming for is to recreate something which appears and “feels” real. Verisimilitude, if you like – something which looks real, or could plausibly be real.

So, as some of you might remember, here are some of the pike blocks of the Laarden civic militia, being memorialised in the oil and canvas by one of the city’s famous painters. 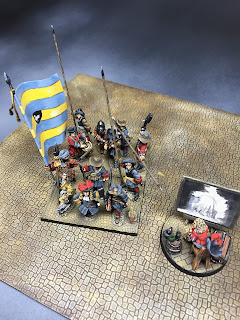 Here’s one of the town landmarks, a fine sculpture of a Satyr, perhaps close to one the city’s bathing houses or less reputable taverns ... 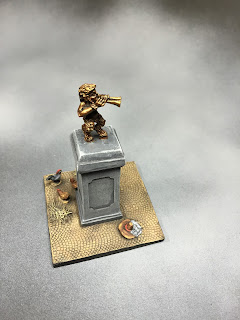 ... a collection of townsfolk administer refreshments to the assembling troops … 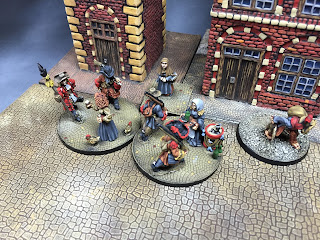 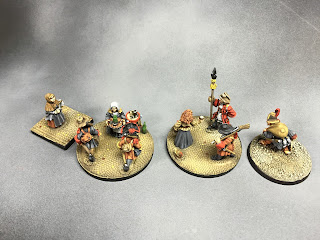 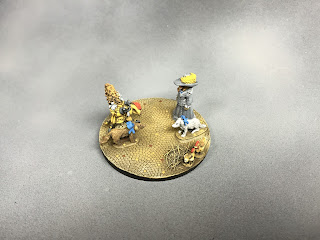 … soon to be joined by another pike-block of civic militia and some engineers. 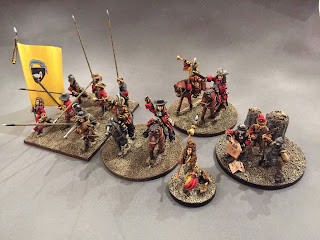 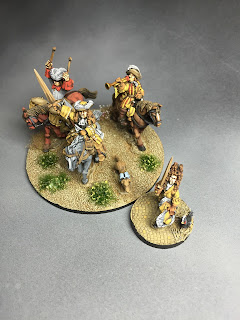 You might have seen these before.  I posted them in Curt’s Annual Painting Challenge last winter.  This summer I’ve been making plans to add to the Laarden contingent with some more organised companies of musketeers, with regiments of Horse to follow. I’ve been enjoying building up these forces a great deal and, who knows, there may even be some terrain boards they can march over in the next few months. 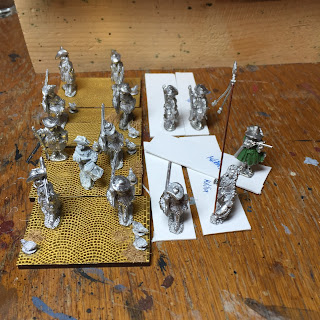 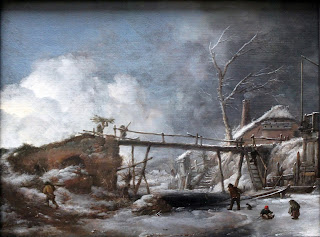 One thing I would certainly like to offer here on the Blog, and which hopefully dovetails with my 2mm Thirty Years War project, is some thoughts on recreating campaigns in Northern Europe in the late seventeenth century on the wargames table. I’m aware this is a (horrifically) narrow topic, but over the years I’ve struggled to find a useful guide on the subject.  Perhaps the various bits and pieces of information about late seventeenth century campaigning I've collected through the years in my notebook might be helpful to someone somewhere! So, hopefully, I can offer you all that over the new few months and into the Autumn. 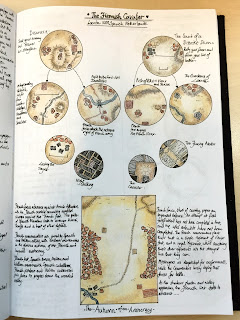