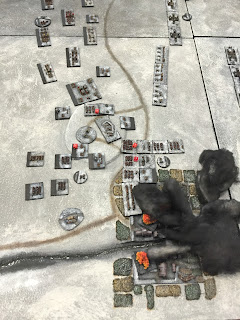 One of the things about taking on board a new hobby project is that it takes on a life it its own. Especially if you have a deadline. And things (like this blog for example) get forgotten - at least for a short while. Can it really be late March since I last posted here?

Although I promised to keep you all updated on the progress of my 2mm Thirty Years War project, actually undertaking the project has taken a great deal of my available hobby time over the last couple of months. The weeks since the end of March have been a whirlwind of figure and block basing, painting, terrain making and rule designing. Oh, and of course actually putting on the game and playing it.

But, I’m pleased to report that I got there. I took the Lützen 1632 game over to Evesham for the Operation Marker Larden get-together last Saturday (4th June). Now that the dust has settled, it's time to blog more about where the 2mm project has headed to, and where it might be going in the future.

Before I start, I want to say a huge thank you to everyone who's helped so far. You know who you are, but particularly to Curt, Mark, Simon, Paul, Ed, Kieran, Nick and Rich. Thanks guys! 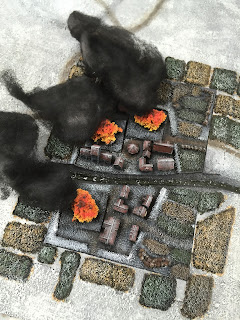 Where I left things in March was the bare-bones of an idea of staging one of the iconic battles of the Thirty Years War in 2mm scale. I blogged about the idea HERE, but as a reminder I had the focus of trying to recreate the “look” of a Thirty Years War battlefield as contemporaries had painted, or engraved, it. Over the past two months, filled with painting, modelling and terrain-building, I have tried to keep that aim in mind in creating the Lützen 1632 game. 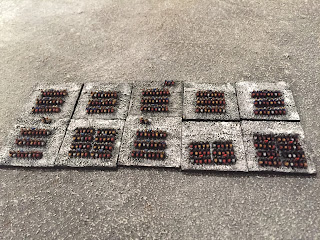 Alongside this aim has been the intention to try and create a wargame which was focused on re-creating iconic battles in a modern (2016), manageable, compressed time period. I remember the 1980s, when every game took about four or five hours to fight to a conclusion. I want to try and avoid that, fitting in the 2mm battles in a period of at most three hours, from deployment to conclusion. This is going to take some play-testing and experimenting – the Lützen 1632 game we played last weekend was a little way off that timing aim, but its early days yet.

Although the figures and terrain are finished, at least for the Lützen 1632 game, the next challenge is the rules themselves. Curt Campbell (from Analogue Hobbies) and myself have been working on a 2mm set of rules for the Thirty Years War (which should be eminently suitable for extension to the English Civil War), of which more in a later blog post. There is a lot of work to be done, although I hope we’re heading in the right direction. The intention is to make the rules emphasise the themes we’re looking for: grand tactical iconic battles, famous commanders, and a definite 17th Century “feel”. As far as possible, we’re hoping that the rule mechanics support and reinforce these themes. 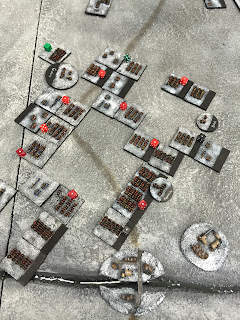 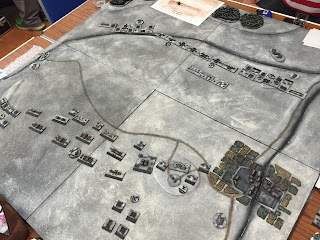 In the next blog posts, I'll be looking at the things I've learned from creating and delivering the Thirty Years War 2mm project from scratch. I’ll be blogging about basing and painting 2mm armies, and the colour schemes I’ve used. I’ll cover terrain making for 2mm battles. I’m also hoping to blog about the rules we are writing, and how play-testing is going, including a look at the Lützen 1632 game we played last weekend. 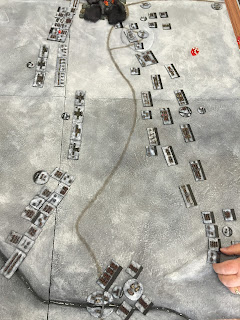 Its been a busy couple of months, but it’s going to be fun coming back to blog about what’s been happening. I hope you all can forgive my absence, and join me for what’s coming soon. 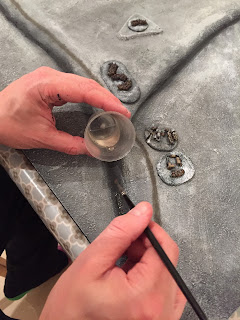