Others will no doubt say it more eloquently, but here are some of my favourite French things:

Paris, in all it’s glory 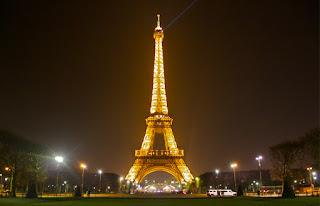 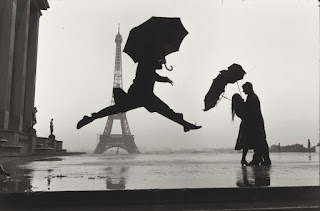 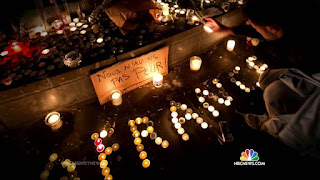 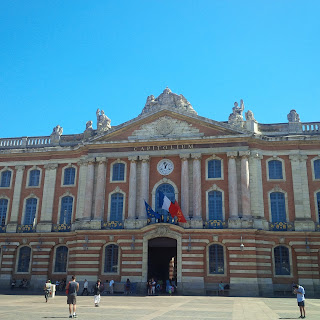 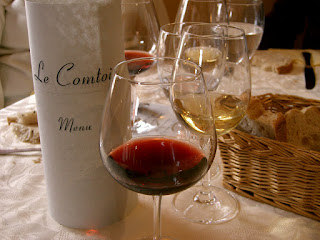 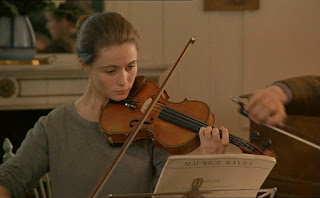 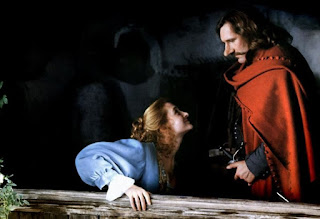 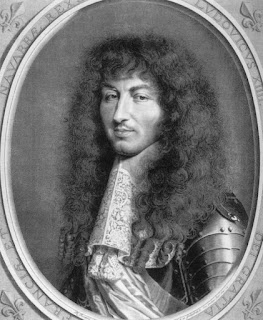 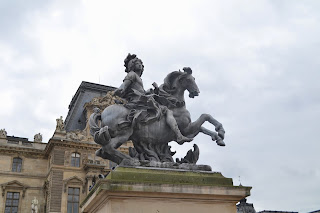 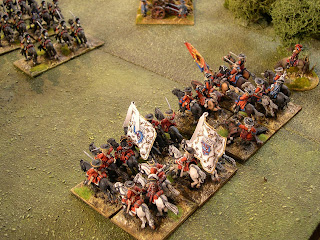 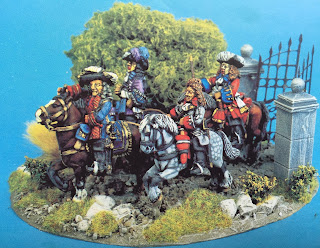 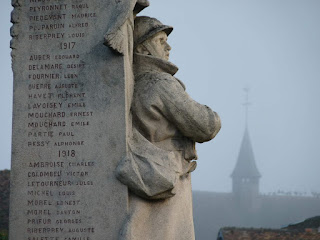 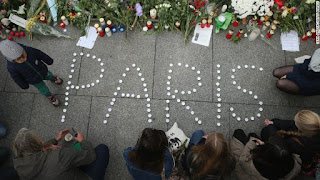 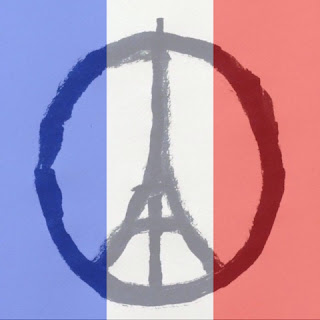 Email ThisBlogThis!Share to TwitterShare to FacebookShare to Pinterest
Labels: Blogging and the Blogosphere, France


One of the great things about our hobby is being able to develop the setting and background of our wargames, immersing the players in a particular historical period. Sometimes the creation of that world takes on a dimension of its own. We research uniforms, flags, tactical deployments and historic battles. We spend time thinking about the terrain of the conflict, the buildings, the landscape, even the animals which would have been present in Roman Britain, Napoleonic Russia or wherever our armies take us. And, in the process, we read a lot. I think every wargamer I have met has been a great reader, often many amassing fine collections of books which any public or university library would be delighted to hold.

It often seems hard just to find one book for a particular period which tells you, the wargamer, what you need to know. 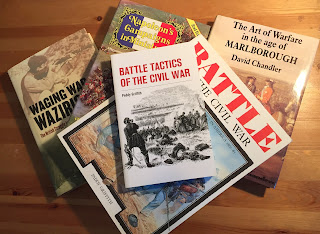 Modern periods such as the Second World War have an embarrassing wealth of publications, with every possible detail of the combatants described and catalogued in depth. More distant periods, such as the early Middle Ages, sometimes appear to lack any definitive text which contains everything you’d need to start a wargames campaign – instead, more general historical books need to be trawled for the jewels of military history tucked away in obscure paragraphs on Pictish standing stones, Viking longboat building (or whatever).

Whatever the period, the hunt for an elusive single guide to a wargames period or a campaign can be difficult.

With this in mind, I thought another post for my Roundwood Recommends series could be One Stop Campaign Guides. These are single books (if possible) which give a really sound and comprehensive coverage of armies and tactics for a particular period, and which are still fairly readily available.

The idea would be for a newcomer to a historical wargames period to pick up the book and, after reading through, to have a good idea of how the respective armies were organised, fought tactically and strategically, some insight into the major battles and the terrain on which they were fought, and some understanding of the key elements required for victory by the commanders in the particular conflict. Also, if possible, the book should contrast the forces on either side – their organisation, their tactics, their leadership and their methods of fighting.

Looking through the books I have at home, and thinking about the wargames I’ve played in, I’ve narrowed down my list to five books. There were quite a few which almost made it, but each of them fell at one of the hurdles. Some focused too much on one side of the battle. Others paid little attention to the terrain over which battles were fought. Others neglected the strategic aspect of the conflict being discussed.

I should add that my list is very personal. You are very free to disagree with the books I’ve chosen! I am sure you have your own titles which you think do the job as well, or better, than the ones I’ve listed. If so, please do add them into the comments below.

So, in no particular order, here’s my list of the Roundwood Recommends One Stop Campaign Guides. 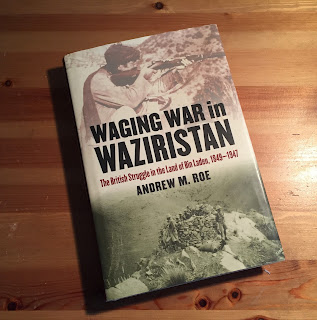 First up is a relatively new book, “Waging War in Waziristan”, by Andrew Roe. The book features the campaigns staged and policies adopted by the British in Waziristan during the late 19th and early 20th century. Particular attention is played to the role of diplomacy employed by the British and Indian army in controlling the wild tribal highland areas in what is now the frontier between Pakistan and Afghanistan. Although it’s not a wargaming book, it provides a wonderful summary of the different motivations of the relevant combatants in the area’s conflicts for almost 100 years. Rooted in the analysis of the fighting is an understanding of why the hill tribes of Waziristan were so hostile, uncontrollable and resilient – through understanding the motivation of the hill tribes to fight, and the particular terrain on which campaigns were staged, the British and Indian political officers and commanders in the area were eventually able to calm, control and sometimes suppress this challenging part of the Raj.

Like the other One Stop Campaign Guides, there is a wealth of information in the book to stage skirmishes, set-piece actions or campaigns. Reading through it, the possible scenarios just tumble out from the history of the region (one of my favorite being a mule train of rifle smugglers, whose locally produced rifles were concealed in the false bottoms of a dozen wooden coffins).

It’s a wonderful book, and it’s still in print. If you’re tempted to campaign in “The Grim”, or North India especially in the early 20th Century, it’s a book you can start with and use through a host of games. 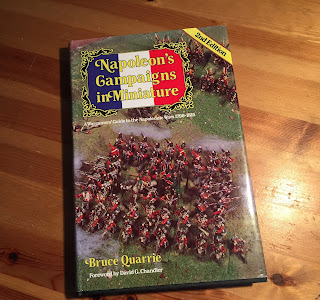 Second is an old favourite – Bruce Quarrie’s “Napoleon’s Campaigns in Miniature”. I am not a Napoleonic buff by any means, but I’ve loved this book for well over 20 years since I first saw a copy in one of the Humberside public libraries in the 1980s. For its time, it was a great attempt to fit everything a wargamer needed to know about the Napoleonic Wars into a single book. Battles, commanders, uniforms, march distances per day, organisation of artillery trains – if it was in the Napoleonic Wars, I imagine that there’s a reference (however brief) in Bruce’s book. 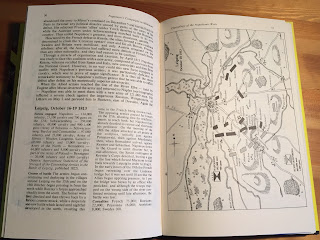 Of course there are probably dozens of mistakes, over-abbreviations, confused misreadings of historical events. But the scale of the attempt to condense everything a wargamer needs into a small volume is deeply impressive. A grand, even Napoleonic, book. It is sadly out of print, but the internet is a wonderful resource for tracking such titles down. 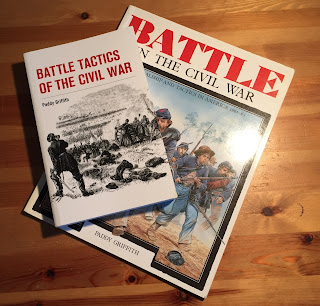 From Napoleon, to America – and a couple of books which could well be brothers in arms. Both are by Paddy Griffith. The third of my chosen One Stop Campaign Guides is, if various reviews are to be judged, very controversial – being Dr. Grffith’s “Battle Tactics of the Civil War”. Those far better qualified than me can judge whether the book’s thesis (that the ACW was the last “Napoleonic war”) is accurate or not, and to what extent. For me, I greatly enjoyed the way in which the book provided a coherent argument as to how the ACW was fought at a strategic and tactical level. I personally found the late Dr. Griffth’s arguments persuasive, and was impressed by the way in which the tactical and grand-tactical battlefield events were referenced to the location and terrain of the battlefield, and to logistics. 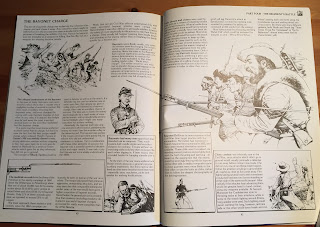 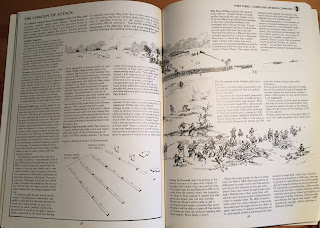 If nothing else, the book serves as a wonderful introduction for the fourth of my One Stop Campaign Guides – which is Dr. Griffith’s “Battle in the Civil War”. This is a slim, lovingly illustrated guide to the Civil War which sets out in a summary form many of the arguments made by Dr. Griffith in “Battle Tactics of the Civil War”. The illustrations, by Peter Dennis, are simply magnificent. The book is a model of clarity, describing organisation and tactics from the army level of campaigning, to brigade actions, and down to the regimental level. Tactics and terrain are well covered, as are the contrasts between the opposing forces. The two books, taken together, form a great introduction to the ACW, and I would guess that many of you will have them already on your bookshelves. If not, “Battle Tactics of the Civil War” is in print, and there are copies of the illustrated “Battle in the Civil War” available online from time to time. 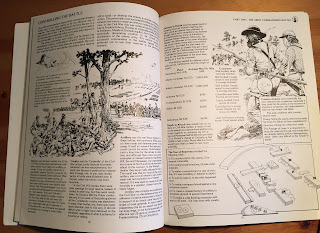 And finally, to the fifth of my One Stop Campaign Guides. “The Art of Warfare in the Age of Marlborough” is Dr. David Chandler’s book about how warfare was staged in the late 17th and the early 18th centuries. 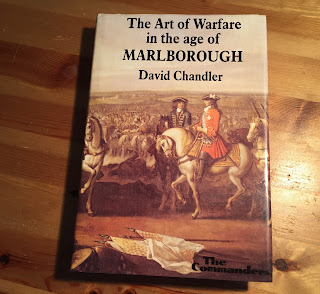 While many of you will no doubt love his “Campaigns of Napoleon” (an undoubtedly brilliant book), for me, I feel “The Art of Warfare in the Age of Marlborough” is his magnum opus. At the time the book was written, probably less was available to Dr. Chandler about how Marlborough, Villars, Eugene of Savoy and Bouffleurs fought their battles, compared to Napoleon. The book is therefore a great volume of historical detective work. How did firefights take place? How many men were in action at any one time? How did armies manouevre, lay siege, fight? I doubt that many of these questions had been addressed in so comprehensive a way before “The Art of Warfare in the Age of Marlborough” was published. 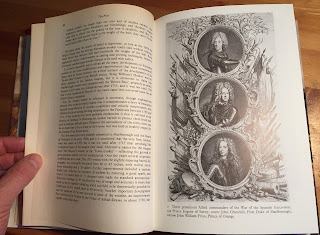 It describes the workings of the respective armies, their organisation, tactical handling, deployment, and campaign methods. It focuses on terrain – rivers, roads, strategic theatres. It considers the role of the chief commanders of the age, and of the great engineers. In short, you can start Marlburian wargaming having this book and needing very little else. After many years of playing that period, I found it as useful a guide to how Marlburian armies fought as I had done at the point I started. I was not always sure that Dr. Chandler’s conclusions were the last word on the subject (mainly because he had inspired so many other writers to add to his learning on that period), but they always needed to be borne in mind, and measured carefully before disagreeing. It is also beautifully written, in a clear, careful style which is a model of precision and brevity. Simply, one of my favourite books.

Well, there you have my five One Stop Campaign Guides. I know you’ll have many more. Please feel very free to add yours in the comments. 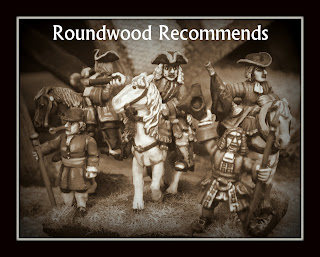