The Sound of a Distant Drum: Citizens of Laarden, 1688

Over the past few weeks, I've been having fun painting up some 25mm civilian figures for my fictional Flemish town of Laarden from 1688.  Civilian figures for the seventeenth century are a bit of an after-thought in many ranges.  You have to cast the net fairly wide to find figures which are suitable but, with a little luck, I think I found some very useful figures. 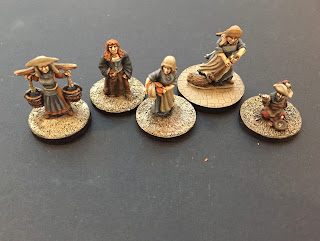 The figures in the photograph above are from Midlam Miniatures, apart from the second on the left which is a rather ancient old-school Citadel Miniature which I've had lying around for just over thirty years.  I knew she would come in useful at some point! 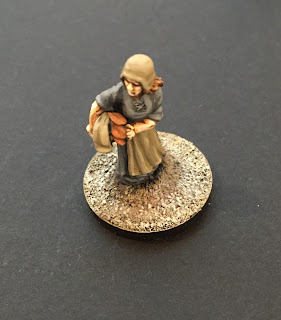 The Midlam Miniatures' women carrying loads of laundry and milk-pails look perfect for a Dutch or Flemish town, even down to the headwear which can be seen in lots of period paintings. 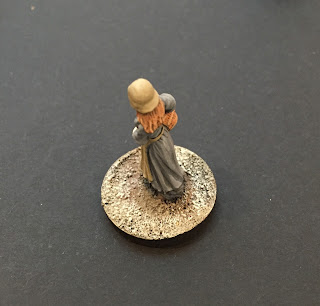 I wanted a few beggars in the town to also add a grimly realistic tone.  I didn't realise when I started, but there is a pretty substantial literature online about beggars and the shifting social reaction to begging in the sixteenth and seventeenth century.  Many Flemish religious reformers and scholars wrote extensively on how to identify fake beggars, on how poor relief should correctly administered and how deceitful begging threatened the public order.  These tensions infused some of the art of the period.  Plenty of artists, including Bosch and Bruegel, seem to have been fascinated by beggars as subjects of their paintings and sketches.


I converted the (very useful) Midlam Miniatures seated beggar with a head-swap, adding an ECW spare head from Redoubt Miniatures for the representation of an old soldier fallen on hard times. Surely he's one of the deserving poor of Laarden.  Or maybe, just perhaps, he might be a less deserving vagabond, or even a French spy...? 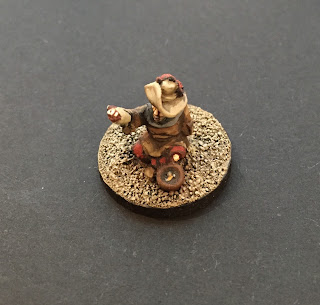 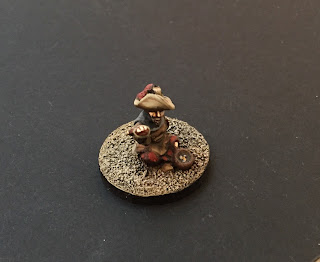 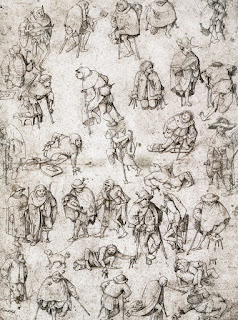 With the forthcoming Analogue Hobbies Painting Challenge VIII about to start on the 20th December, I have been busy preparing some more citizens.  These are, mainly, from Midlam Miniatures and from Redoubt.  I've added a few geese from Magister Militum, and even an old Citadel townsfolk rat-catcher (again with a Redoubt head-swap). 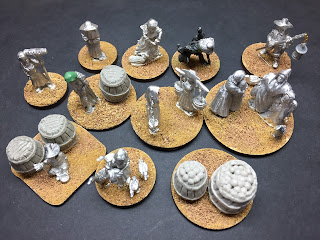 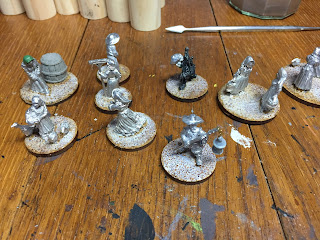 Last, but hopefully not least, there's a Foundry nightwatchman, straight from the pages of Rembrandt, with his trusty halberd swapped for a Mordheim lantern.  Here's hoping he might form the last line of defence when the French arrive to besiege or storm the town! 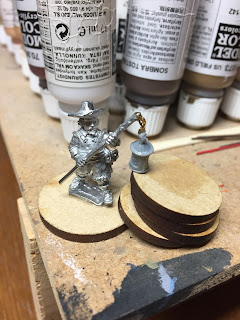