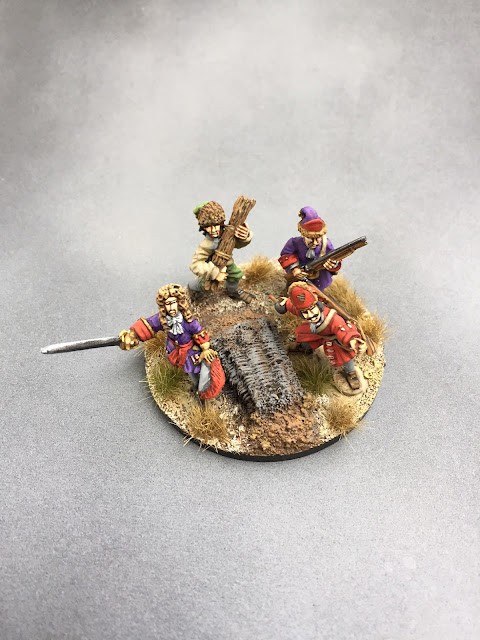 "… And, after an uneasy evening suffered by all combatants, the ground in front of both armyes was soaked in mist and dew, the half-light of dawn barely yet breaking through the last shadowes of night. Along the battalia of the French and Italian armyes the sounds of drums, fifes, trompets and cries of awakening could be plainly heard, the noise carrying far over the field of Mars. It was at that time that Don Hugo de Velasco advanced with many divers grenadiers, drawn by volunteers from the Spanish regiments in the service of the City of Laarden. Don Hugo chose soldiers from the Tercios of Sevilla (los Morados viejos), Granada (del Casco de la Ciudad de Granada) and the German battalion of the Baron de Gorcy to accompany him, declaring that his assault over the covered ground would be nothing less than plucking the feathers of the King of France’s cockerel. His advance was undiscovered by French piquets, wreathed in the low mist of the Flanders fields through which Don Hugo’s grenadier company passed. Only when Don Hugo himself assailed the gabioned revetments of the French and Italian position did his enemies discover their peril….". 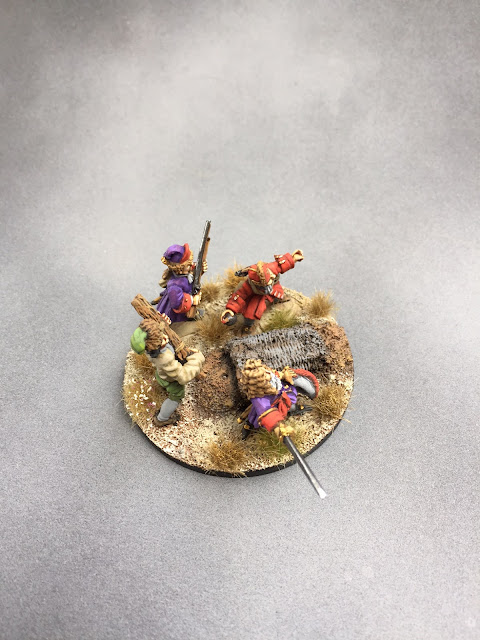 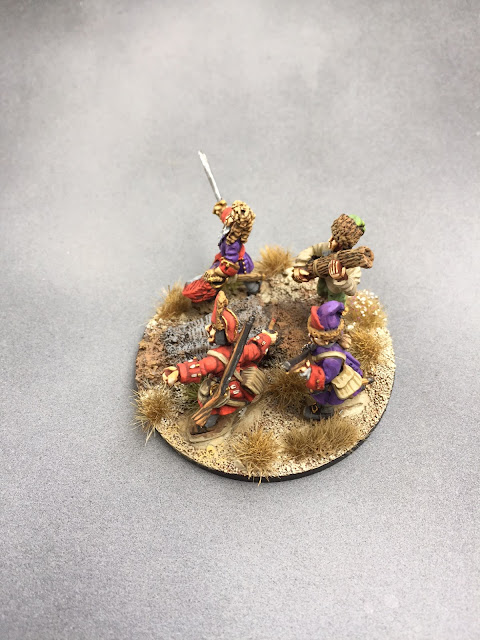 You can find Alonso de Moncada’s book in a dusty bookshop on Hertogstraat in Ghent, close by the north bank of the River Leie, on a high shelf in the back room of the shop, just along from the "History of The City of Laarden” (in Flemish) and the full five volume history of the Spanish expedition to Laarden in 1688 (in Old Spanish).


You will have to brush the dust from each of these volumes - none of them seem to have been read for some time, if ever. I would expect that you might be surprised by the bookseller’s asking price - but, don’t worry, you can haggle the price down if you try hard. Extracting and translating the story of Don Hugo’s assault on the Franco-Papal lines in one of the battles of the summer of 1689 has been time-consuming, but worthwhile. Don Alonso de Moncada’s book is hardly an impartial source for the events of the Spanish Netherlands and Laarden in 1689, but it is a useful counterpoint (and corrective) to the journal of Fernando de Torrescusa, Marquess de Girona, a brief extract of which has already appeared on this blog earlier this year in January. 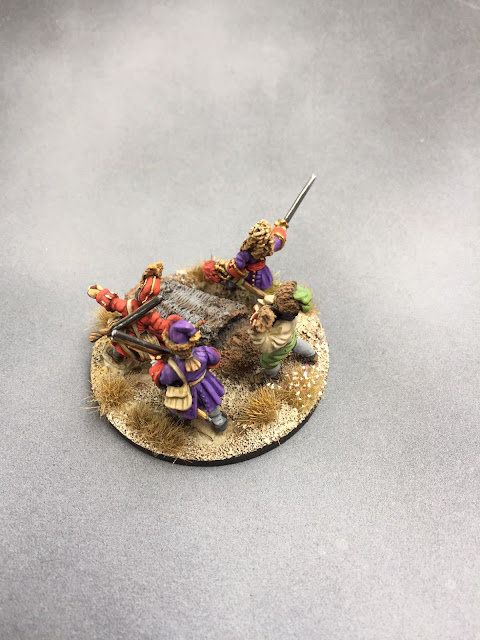 
I thought Don Hugo de Velsaco's dashing assault would make a perfect vignette for the "Characters from a Book” themed round in the Analogue Hobbies Painting Challenge. My contributions for the Challenge have themselves been badly challenged this year by various family and work commitments and spending quite a few weekends away from home. Here’s hoping Don Hugo’s appearance amounts to turning a corner for me, as it clearly did for Don Hugo himself as his later career demonstrated (...another chapter for another blog post...).

The figures are Dixon Miniatures and Foundry, with a couple of small conversions. I swapped Don Hugo’s arm to add a sword, and fiddled with the grenade being thrown by the German grenadier from the Baron de Gorcy’s regiment. The collapsed gabion is from Frontline Wargaming, years back. And yes, I could not resist recreating Don Hugo’s assault in a wintry 2mm base to complete the submission (with the tiny 2mm forlorn hopes from Irregular Miniatures). 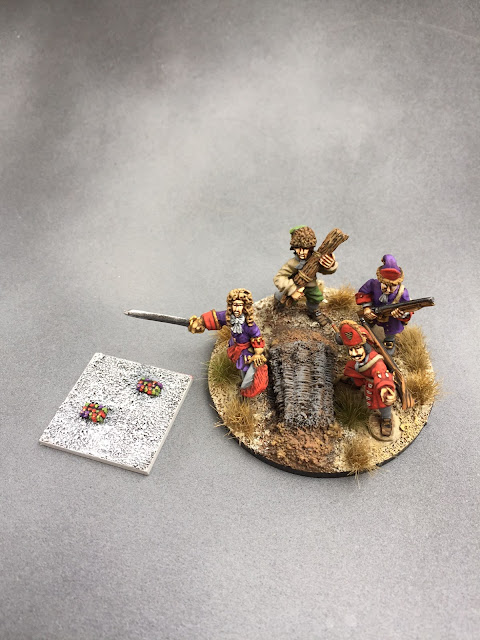 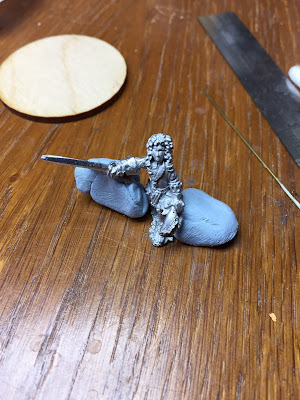 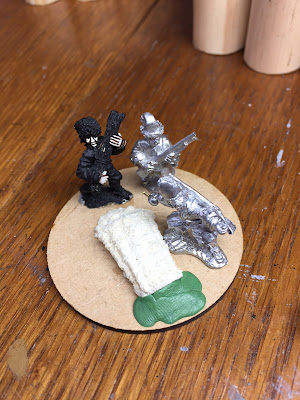 While the details of Don Hugo are (as you will have guessed) fictitious, the details and uniforms of the grenadiers accompanying him across the covered ground are accurate, taken from the (wonderful) “Spanish Armies in the War of the League of Augsburg 1688-1697” published by the Pike and Shot Society (thoroughly recommended). 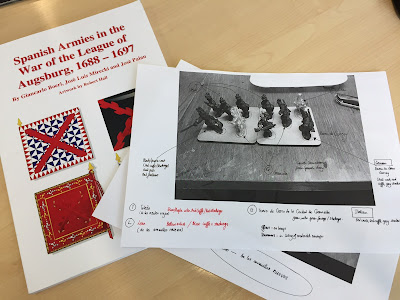