I don’t often go green with envy, but the moment I saw it, I knew I wanted one.  And in the year since it first appeared, I’ve kept thinking about how I would make it, how it might be different, how he did it, and how I could try and do something which was worthy of comparison.


What on earth am I talking about? Here’s an idea … 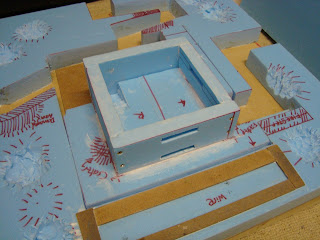 The object of desire in this case is a piece of wargaming terrain.  It was built by one of my favourite bloggers, Phil Robinson of the News from the Front blog, who very kindly gave me his permission to some of use his photos in this blog post. 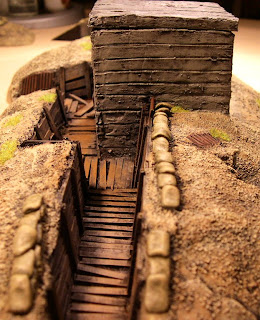 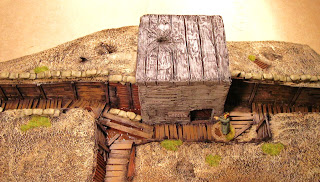 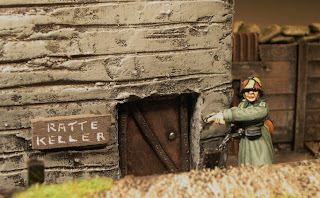 From the minute I saw Phil’s superb double story bunker, which he called “Die Rattenkeller”, I loved the idea.  It was a really striking piece of terrain, something to really stand out on a Great War battlefield.


Phil had taken his inspiration from a 1970s television series, Anzacs.  At first I was pretty skeptical that any double story pillboxes were used on the Western Front – it seemed like artistic license.  However, when I looked further I found that, while far from being common, they were certainly some double-story bunkers employed on the German Siegfried Stellung, particularly in Flanders.  These tended to be the focus of fierce fighting owing to their dominance of the local terrain.  The "Alberta" and "Cockroft" pillboxes in the Ypres Salient were two good examples, the latter being taken by a skillful tank attack by G Battalion of the Tank Corps in a dawn raid in July 1917.


Finding some historical examples was not as easy as finding historical images, however.  I’d found one of the Alberta pillbox after its capture, but it appeared to be in a fairly damaged state when photographed.  But with a bit of rationalization, and educated guesswork I’d worked out the broad aim of what I wanted to try and do to emulate Phil’s fantastic piece of work.


I was hampered a bit by wanting to build my own “Rattenkeller” into my trench terrain boards layout.  Whereas Phil built his free standing, building mine into a trench layout proved a bit difficult to try and fit the bunker in at the right point of the line.  My reasoning was to build the bunker as if part of the main battle zone, or Grosskampfzone, of the Siegfried Stellung, something which would be a battalion or company command position and would be the focus of a British tank and infantry attack. That idea seemed to fit reasonably well with the bunker I wanted to construct – something which would be a centerpiece for one of our participation games at a wargames show or a full days gaming.


To add to the fun, I also wanted to build a destroyed version, for reasons which may become a little clearer in a later post.  Here’s how I went about building the Rattenkeller this Royal Jubilee weekend.


I built a couple of terrain boards, one for the Rattenkeller board, one for a different terrain project. I’ve blogged about this before, so I won’t bore you with the details!  Suffice to say that I took my time, as building a great base helps set the tone for the terrain, despite wanting to rush ahead. 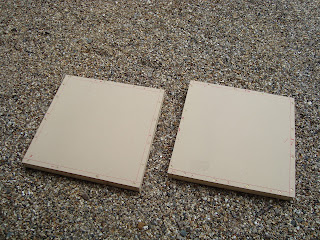 Then, I mapped out what I wanted to do in a notepad, working out where the connecting trenches would run, and the area to be taken by the Rattenkeller and other features on the board. 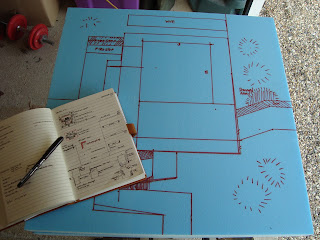 I then removed a large central section of the Styrofoam base, so I could lift the bunker in and out, replacing it when I needed to in a game for the destroyed version. 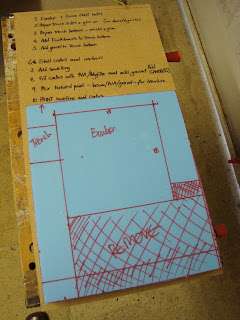 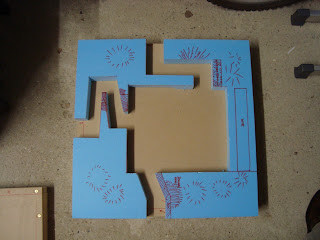 I tried to make the Styrofoam “walls” of the central area as smooth as possible to allow easy access for the bunker section. 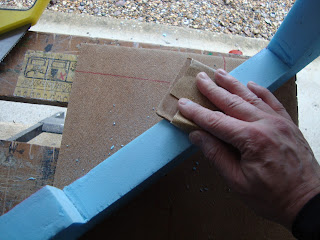 I then glued the bunker Styrofoam to a hardboard base with contact adhesive, weighting it down for most of yesterday. 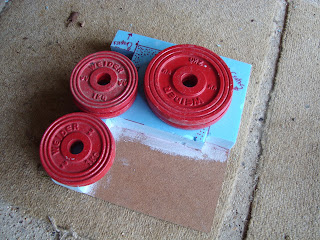 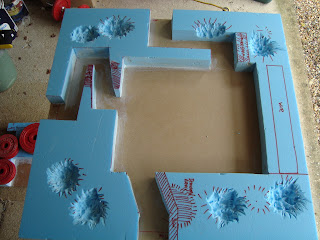 … and started mapping out the ruined version of the bunker. 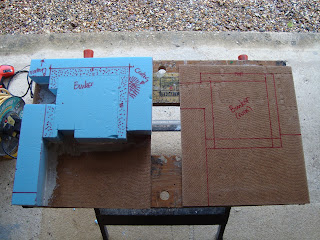 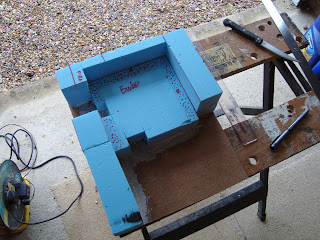 I added an area on the terrain board for some special features, in this case some removable, integral barbed wire sections which again could be in different versions – intact and destroyed. I made sure to scrape out any excess glue and contact adhesive from the area in which the wire bases were to be placed. 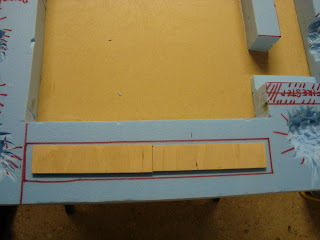 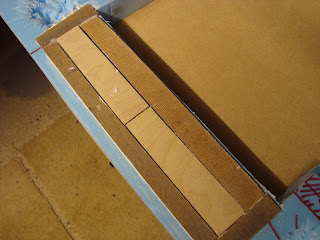 I then cut out the Rattenkeller’s walls, trying to work out the height from photos of the Alberta double story pillbox in Peter Barton’s book on Passchendaele panoramas.  While it looks tall, you have to remember that the trenches are recessed on my trench boards, so the height above the Styrofoam base is what will mainly be seen on the table. 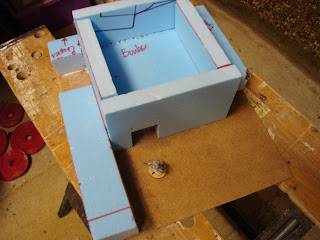 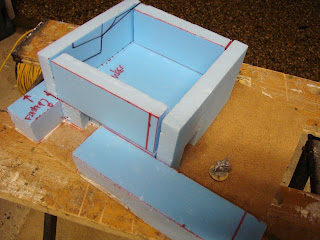 I then glued a central core in place to give stability, adding some steps from the upper storey to the ground floor … 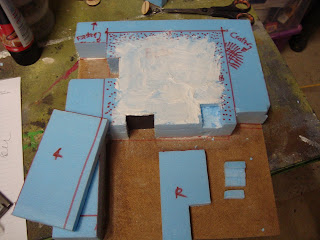 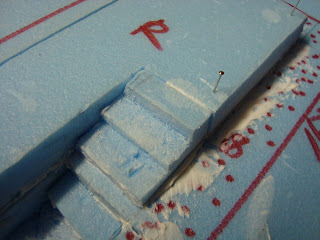 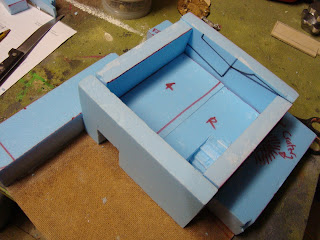 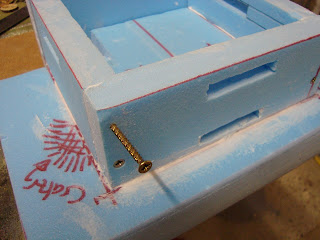 … before adding some screws for stability in addition to the contact adhesive.  And, after the end of the second day (this evening), this is where I’ve got to.  This is only a very brief blog post, as I’m hoping to blog as I go along over the next couple of days.  Hope you can join me for the rest!
Posted by Sidney Roundwood at 01:55