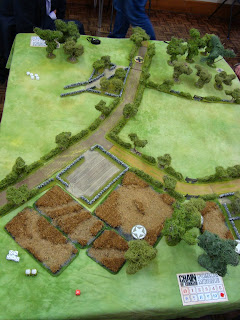 He really had no idea of the date. He’d stopped trying to remember. The grey numbness at the back of his head halted the effort as soon as he started to think. He knew it was early, though. Definitely early, even without looking at his watch. He checked it, reassuringly, all the same.

Second Lieutenant Sandy St Clair stared at his watch longer than most men would. While his bloodshot eyes registered the seconds ticking past, he realized this was one of the few moments when his hands had stopped shaking in the past month. Maybe that was why he looked so often. Maybe there was another reason. 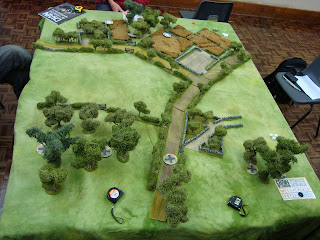 2nd Platoon under Second Lieutenant St Clair will advance up the road to Aurade, moving at all times to outflank enemy forces and infiltrate through the light woods north west of Aurade (Map Reference: N427604). Enemy forces in this area are currently reported to be determined but potentially short of ammunition and falling back to the Aurade/ Aubigny defence-line. 2nd Platoon will be reinforced by a company bren carrier commanded by Sergeant Hodge. 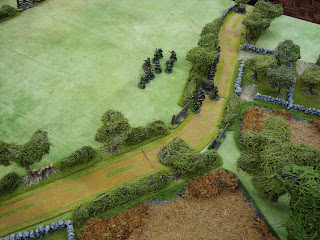 As ever, he could smell the battlefield before he was there. The days old scent of dead cattle and horses, still heaving with flies. He didn’t look in the ditches any more. He knew what he’d find there. His hands shock as he took the field glasses out to scan the rising downland before him. He knew his men were watching. He moved his arms, circling widely to advance. Maybe they would not notice his hands, white knuckles gripping just that shade too hard.

5.17am . But his knew his watch was a liar. It really couldn’t be that time. It was wrong. Look again.

2nd Platoon is to press aggressively through Enemy resistance and infiltrate Enemy defences around Aurade. This task is critical to the success of the Company’s mission this morning.

Somewhere someone whispered to him. “They’re off Sir”. He looked, hands less shaky now, watching the first section running across the open field, the chemical smoke dropping neatly as planned. It was like an exercise on Nomansland Common the previous year, without the crowds watching and the horses stacked in the paddock by the side, smiling faces admiring the discipline and precision. Another lifetime ago, when it all seemed so far removed from the real fight. 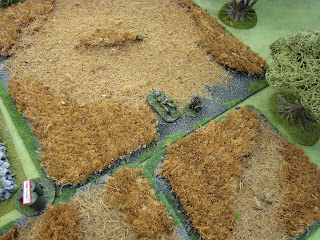 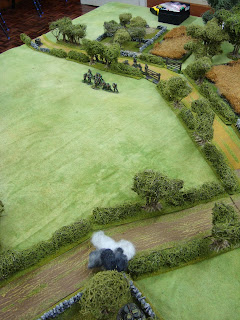 They’d seen the first section. Of course. They always did. He almost smiled. How familiar. Almost predictable. The rasp of the MG42 ripped the air and he saw his men fall. He screamed. He wanted to shout “Smoke””, but it was a howl, half ruptured by his bone dry throat. 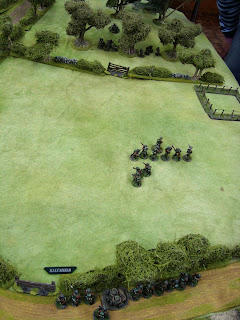 Our forces are expected to press hard this morning, as it is reported by Brigade that Enemy morale is fragile and may be close to collapse. 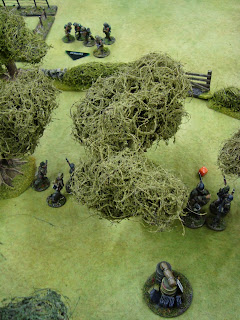 The field was carved by ploughs and old shrapnel. The gullies and troughs made good cover. He crawled, slithered and crouched to the opening in the stone wall, jabbing constantly for his men to follow him. His head was flooded with a white noise and he could hardly see as he made it to the far wall. He stared at his watch, spattered with blood flung randomly through the damp air, spattering his skin. His section’s bren gunner, McKie, was dead. McKie’s death-pale white face slumped down beside him, eyes wide open. McKie stared back at him, and it was all that Second Lieutenant St Clair could do to focus on his watch and scrape the blood flecks away.  The blood left a smear on the face of the watch. 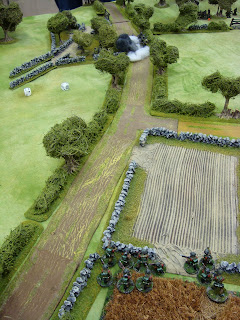 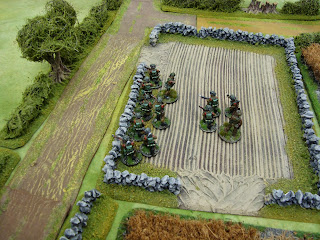 As the MG42’s bullets wheezed and threshed into the stone wall, splinters whickering into the still-damp morning air, Hodge’s bren carrier moved haltingly down the road, accompanied by the crump and thud of the mortar shelling the Enemy’s position in the orchard. He waved them up as best he could, limbs numb and hands shaking. He even managed a grim smile to Hodges as he clattered past. See...SEE….he was still fit for duty.  He could still face his friends in the battalion.  His "moral fibre" was intact. 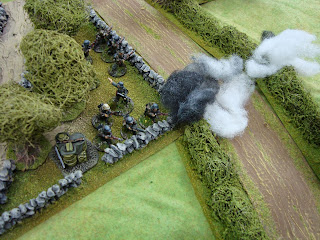 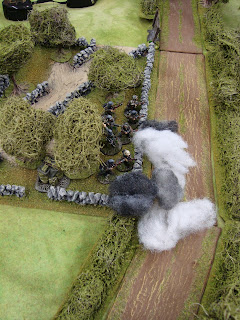 The Enemy had ghosted away, leaving a litter of ammunition, explosives and 12 crumpled dead bodies. Two of them looked almost like children, sleeping, face down in their camouflage smocks, helmets tilted at an angle, necks cricked awkwardly.

He didn’t want to turn over their dead bodies. He looked at his watch, wiping the remnants of McKie’s blood smear from the dial.  Still fit for duty.

This was the second of our campaign games of Chain of Command set in Normandy 1944. It turned out to be a tough affair, in which the losses of the previous, first, game were sorely felt by the Germans. The British were tasked with probing up the road to Aurade, having a full platoon and a bren carrier (chosen from their force support list). The Germans, with fewer men after their previous defeat, only had two sections, although they commanded the high ground and a strong position.

An early British assault over open ground (resulting from a Chain of Command roll offering a second phase on two “6s”) led to disaster with the section being slaughtered without being able to reach the protection of the stone wall at the top of the hill. Following the setback, British forces were more cautious, pinning the remaining German forces and outflanking them in a cautious manner. The Germans’ lack of troops made the position untenable, their forces stealing home and leaving the table to the British. 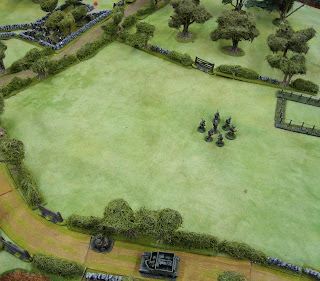 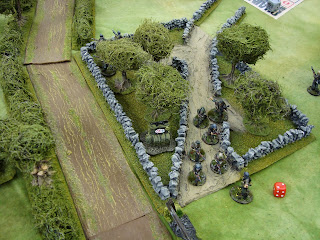 That leaves the British having infiltrated the German outpost line and ready to concentrate their attack against more formidable German defences in this week’s game. 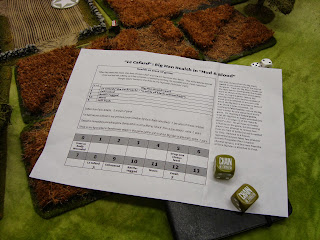 We also tried out a new possible feature for the Chain of Command campaign supplement. The 5-second elevator pitch is “a system for Leader Morale which complements the Force Morale system in the rules”. It’s early days yet, but I’ve been working with Rich on a set of very simple amendments to try and replicate the effect of building combat stress, “shell-shock” and disorientation on one leader on each side in a game. While this very much fits the context of the First World War, I think that it’s application can extend to the Second World War as well. The Chain of Command level of games is perfect for this type of (completely optional) detail. The mechanisms need some tweaking, but I think we’ll persevere with this in later campaign games.
Posted by Sidney Roundwood at 10:48