The Verdun Project: The "Heroes" of Fort Douaumont

Continuing the Verdun theme, here’s some photos of my entry in the “Heroes” themed category for Curt’s Analogue Hobbies 4th Annual Painting Challenge. 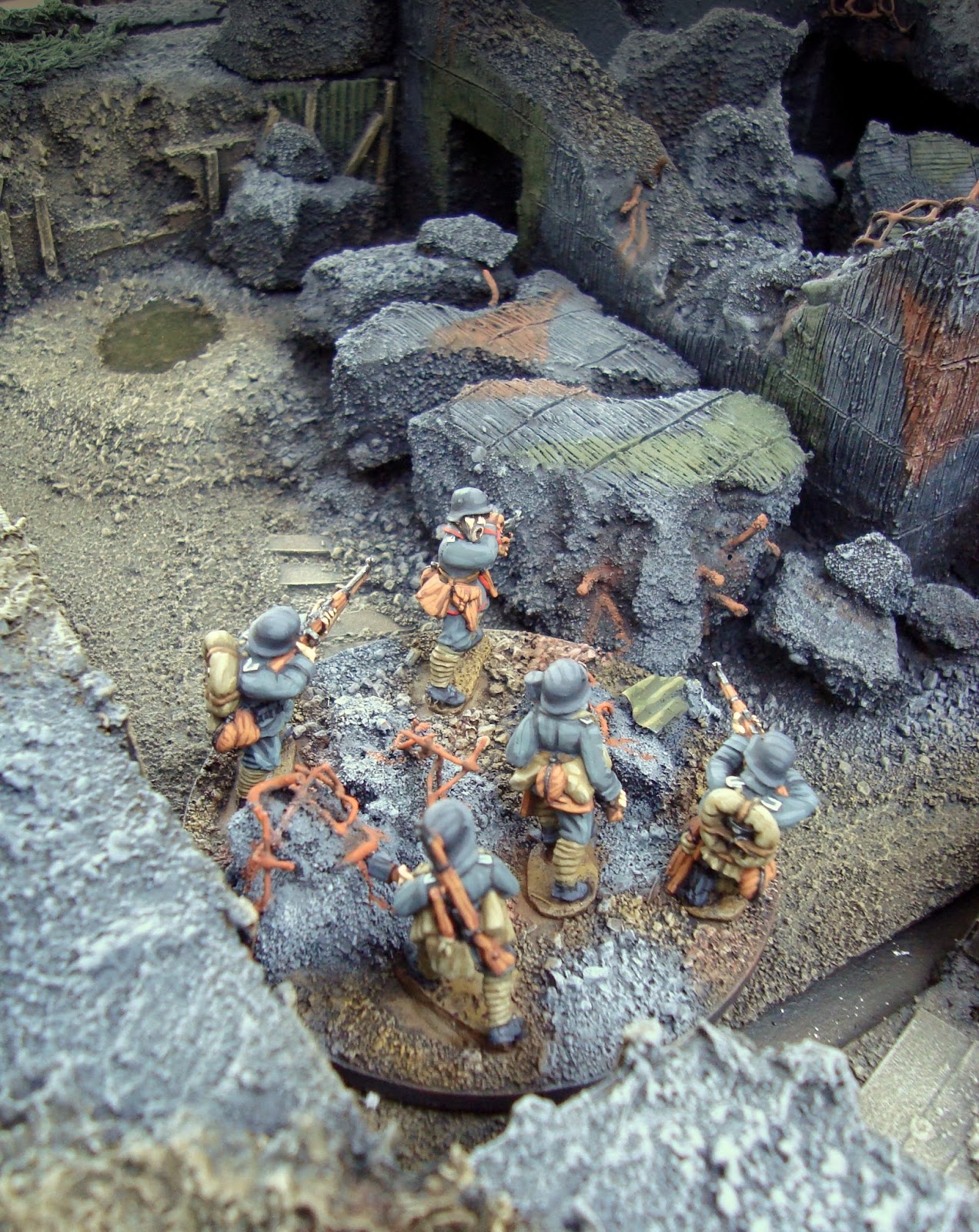 Things have been pretty hectic throughout January at Roundwood Towers. I had a big project to finish at work which took a lot of time, and which now (thank the Lord) is finished. A good result for the client, but more importantly I could reunite myself with my family and have some sleep!

I’d originally intended to something aerial for the “heroes” theme. I got very excited, bought the aircraft kits, but time and real-life conspired against me. Is that the sound of violins playing in the background? No, no, mes braves – you’ll not have regrets and complaints at this blog. Nothing lost – merely another fun project postponed.

And with that aerial postponement, I got the chance to try and think of another “heroic” subject. I've always loved moments of military history which turn out, with the benefit of historical hindsight, to be slightly different to what everyone thought when first they become known. So, with that in mind, here's a classic group of German assault troops, led by Oberleutnant Cordt Von Brandis, commander of the 8th company of the 24th Brandenburg Regiment at Verdun in 1916. 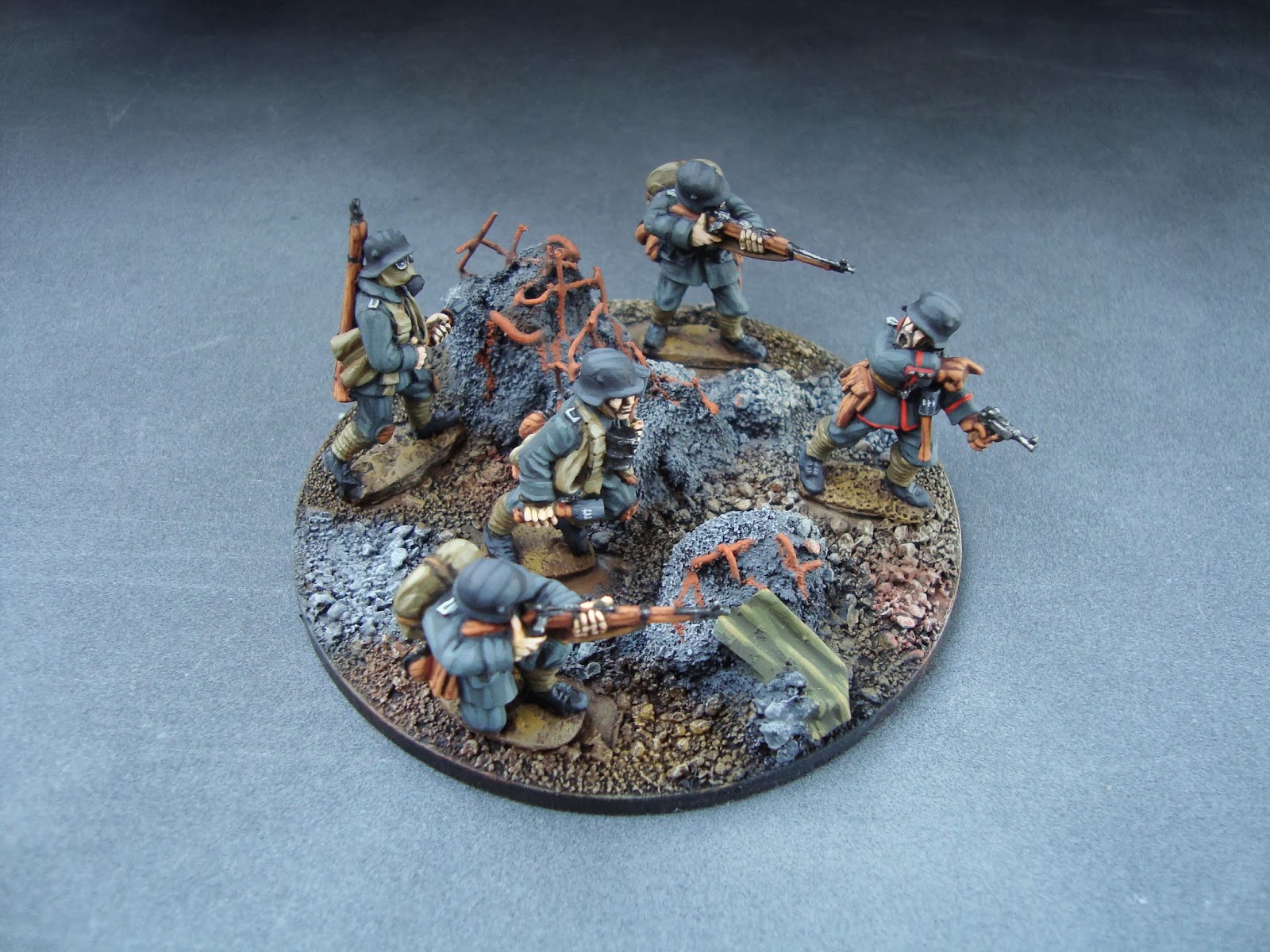 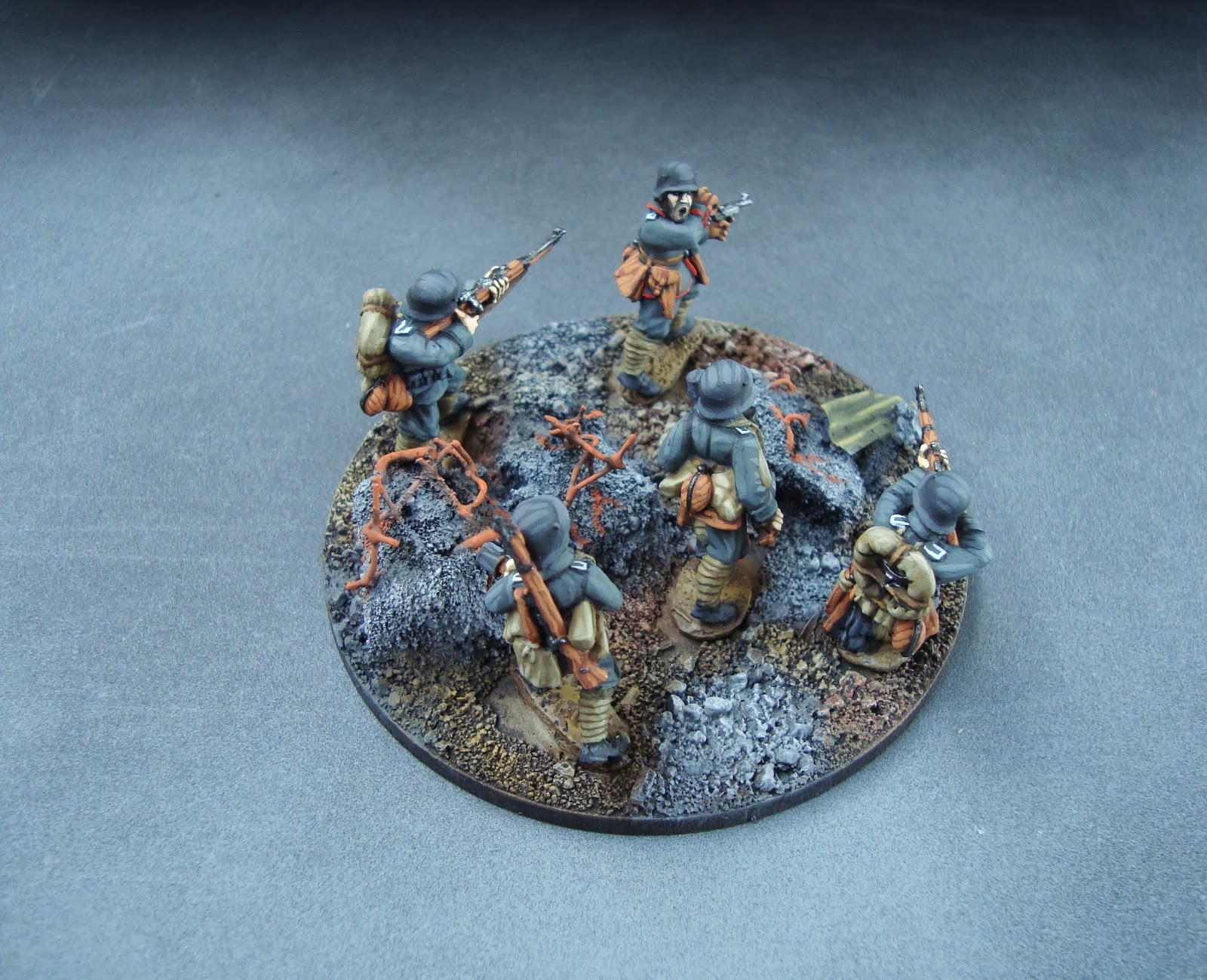 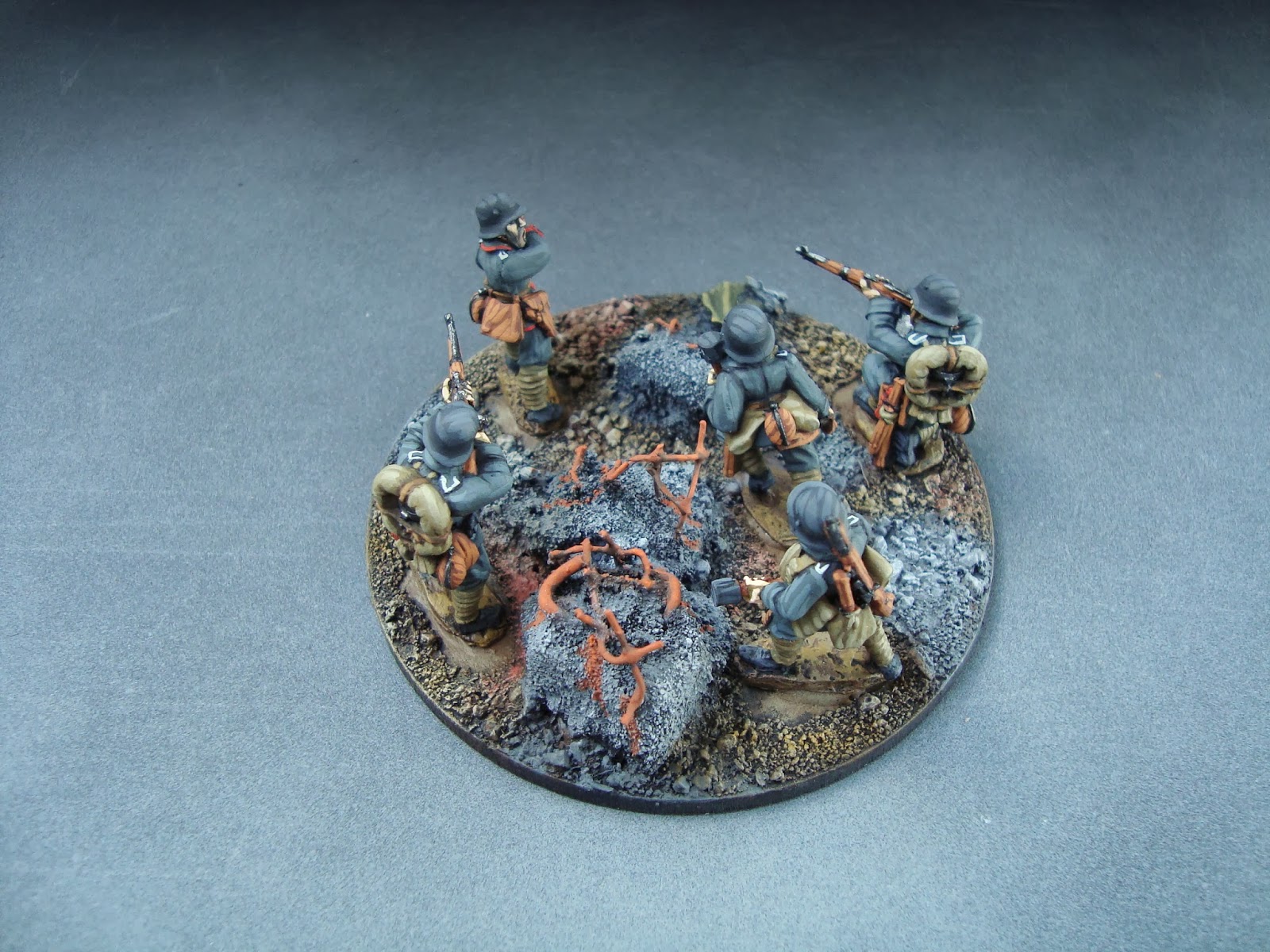 The figures are my attempt at replicating the famous storming of Fort Douaumont, a remarkable feat of military daring which was almost a body blow to the French nation in February 1916. Von Brandis became extremely famous, met the Crown Prince of Germany, had a village named after him, formed “Freikorps Von Brandis” in January 1919, and wrote his memoir of the adventure in 1917. 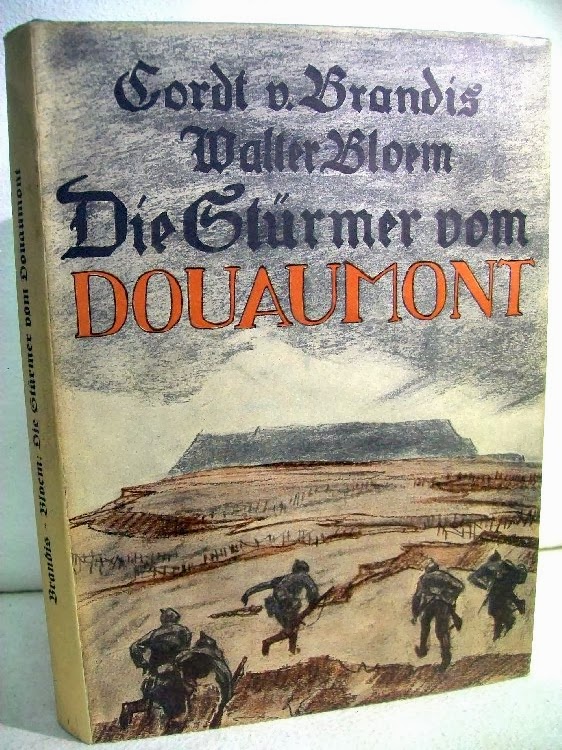 A true hero, in the classic mould. A young, 27 year old Teutonic hero, with a firm soldierly jaw. How heroic. Surely a wonderful subject for a themed diorama… 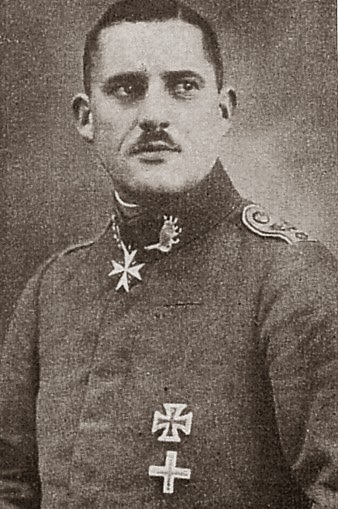 Apart from the fact that by the time Von Brandis had actually arrived at Fort Douaumont it was already under German control thanks to the pragmatic and fast thinking action of a much more down to earth Thuringian Feldwebel, Sergeant Kunze. The good Sergeant clambered through a carelessly unsecured window, and captured the French garrison, almost without a shot being fired. Sergeant Kunze survived the Great War and became a police sergeant, waiting patiently for 20 years for the real story of the fall of Douaumont to be told.

And so the legend of the storming of Fort Douaumont was born, proving once again that heroes come in all shapes and sizes! 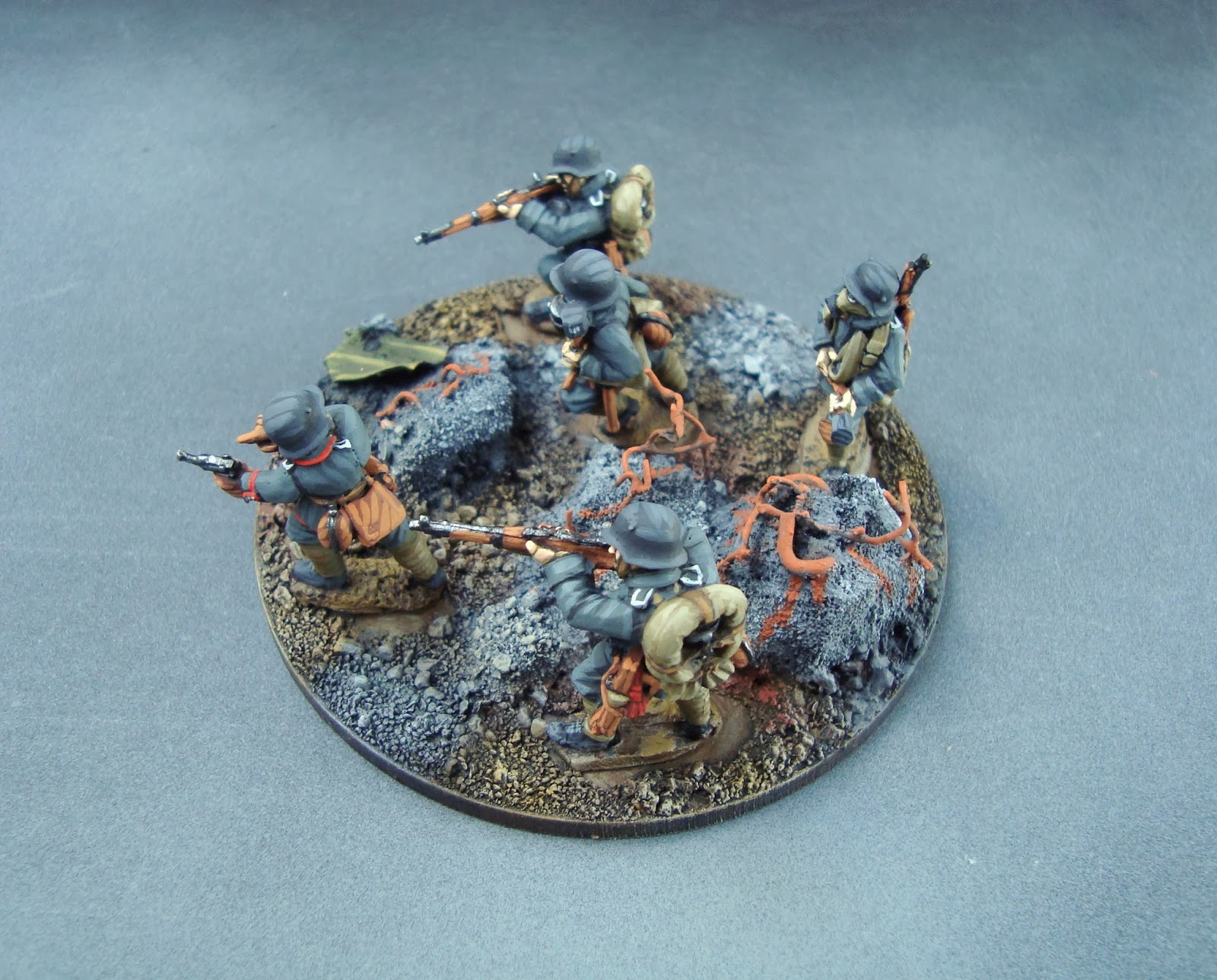 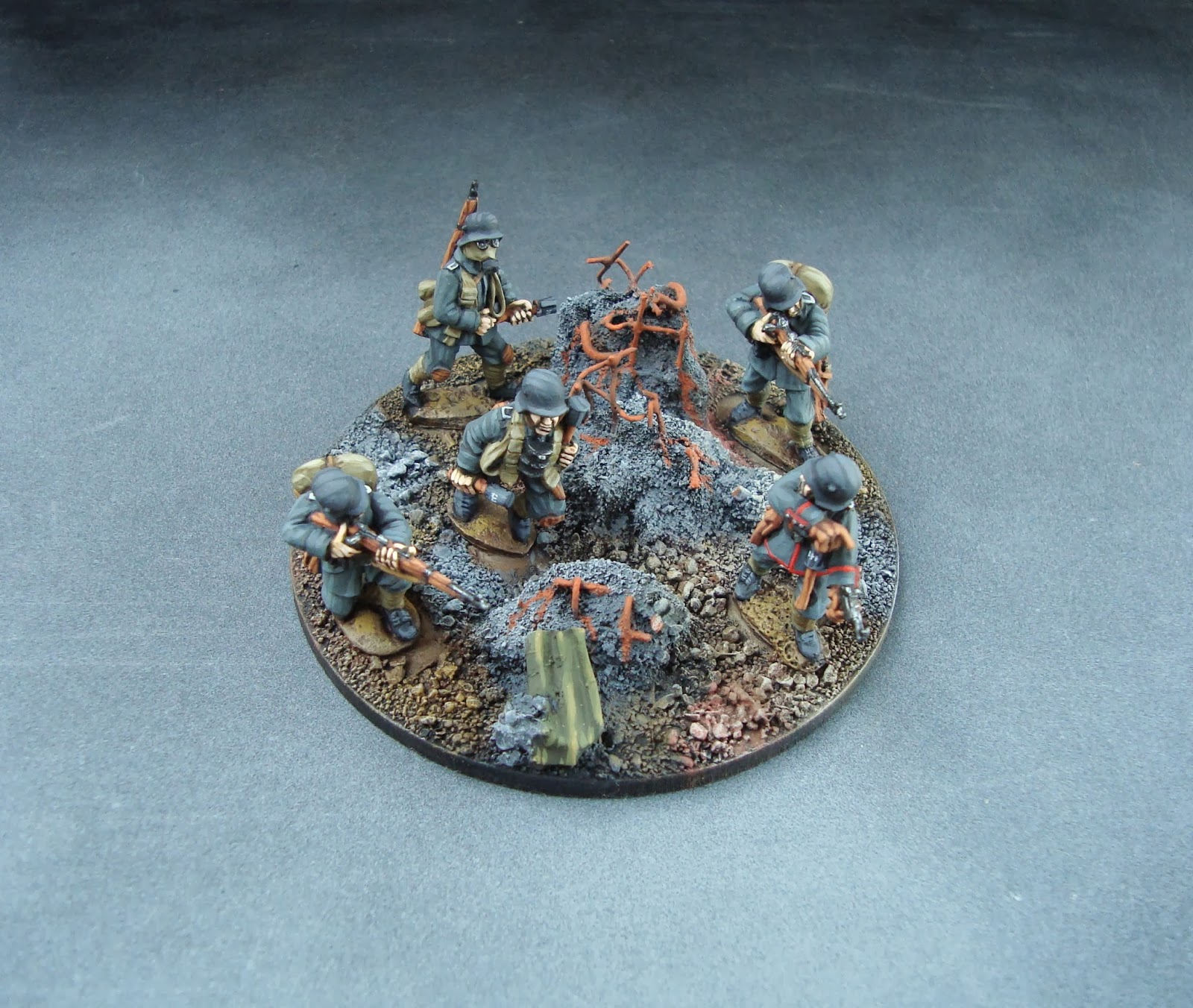 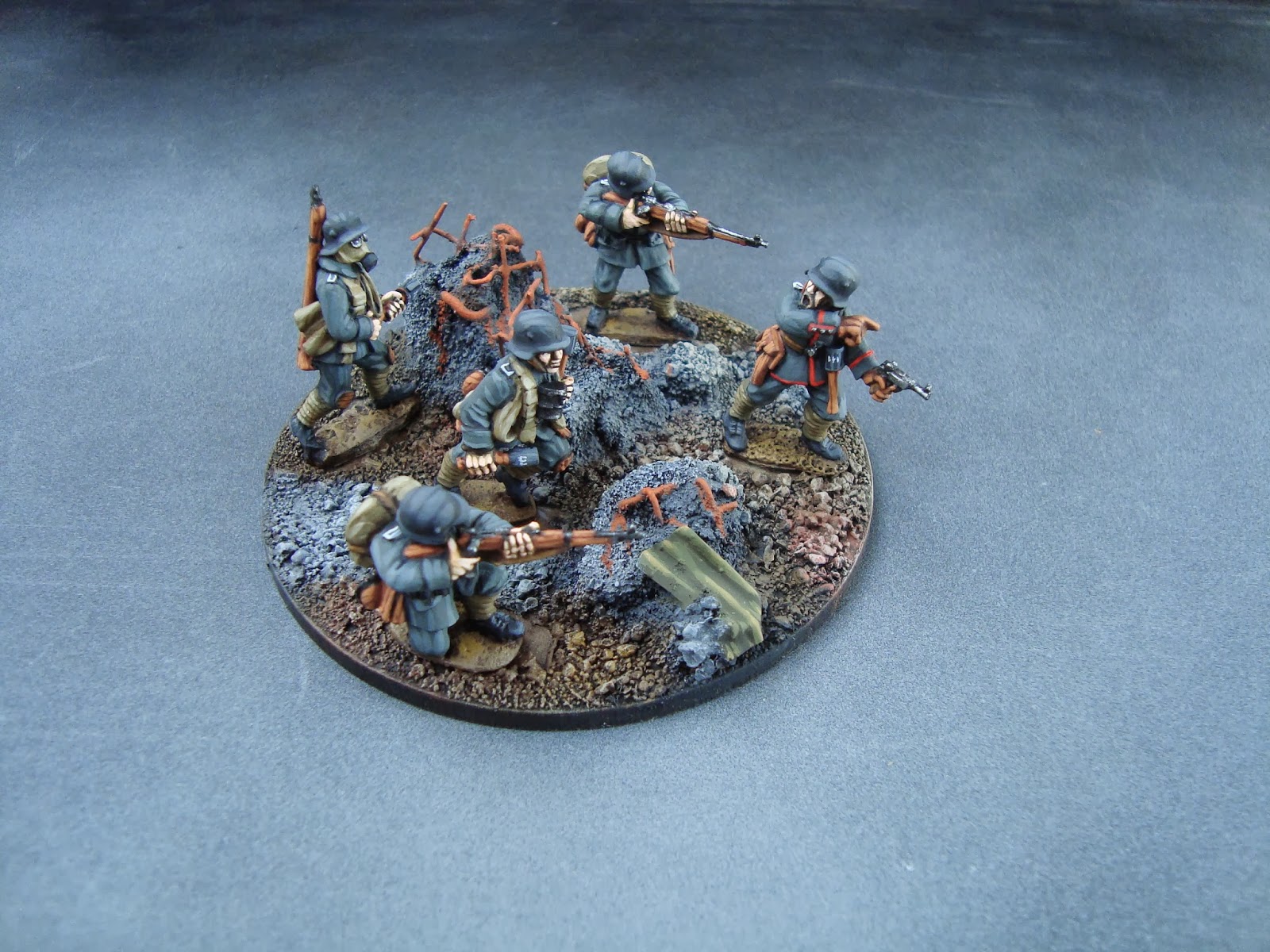 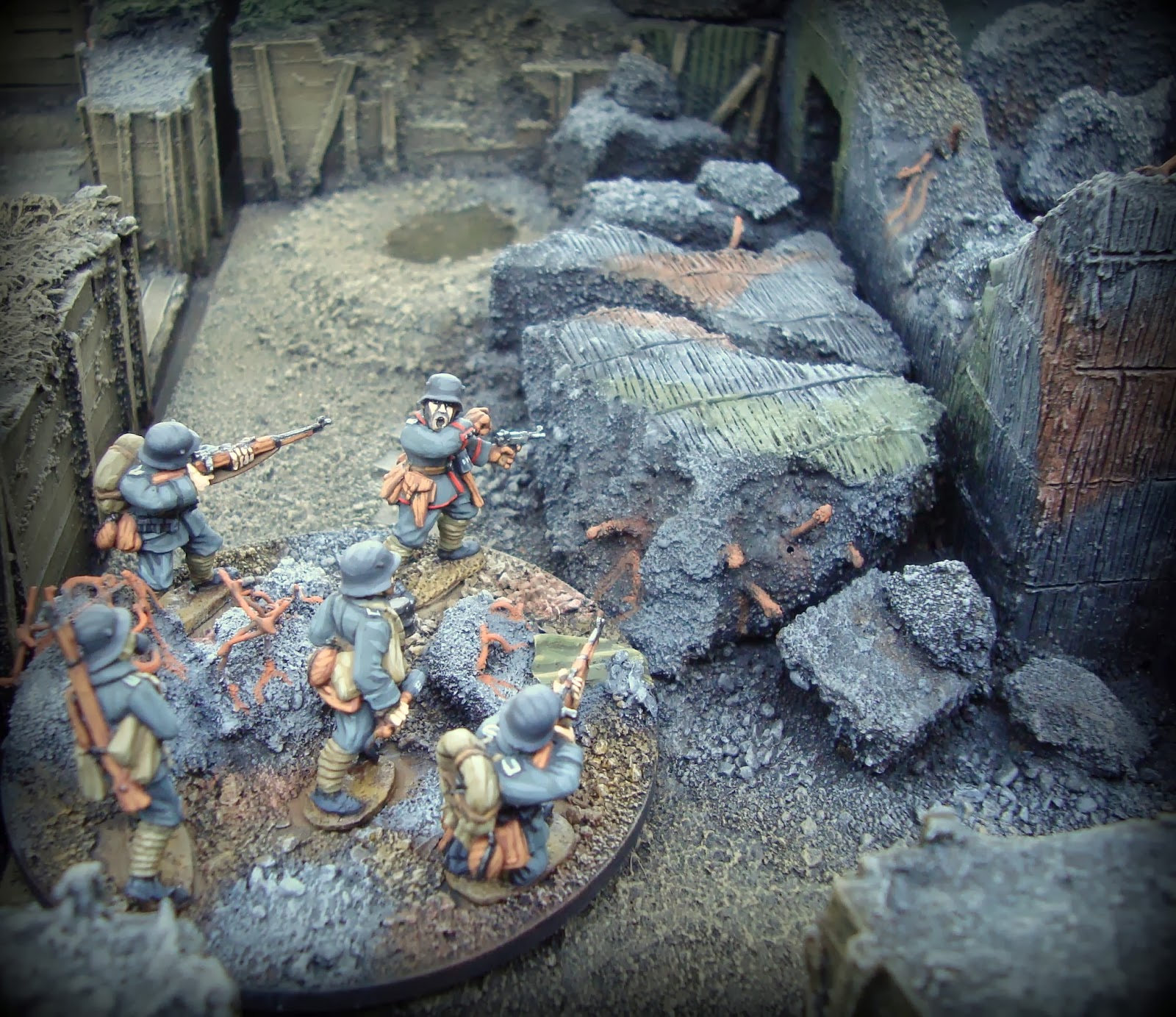 Posted by Sidney Roundwood at 11:19

Email ThisBlogThis!Share to TwitterShare to FacebookShare to Pinterest
Labels: Blogging and the Blogosphere, Painting and Modelling, Verdun