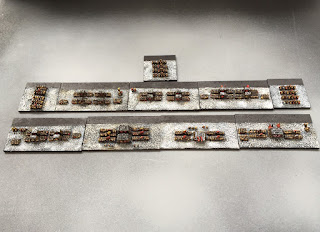 Following on from my last post, I thought I’d set out how I’ve been getting on with painting the 2mm battalions, batteries and squadrons for the Thirty Years War.

Searching around on the internet, I found a number of very useful guides to painting 2mm figures. Quite a lot of these focused on dry-brushing or washing the figure blocks. I’ve tried something a little different, which is more of a selective “impression” of how the massed troop formations would have looked. 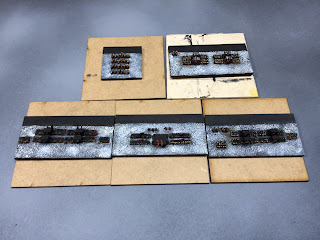 Taking as my guide the paintings (of Pieter Snayers and Sebastian Vrancx, mentioned last time), I have tried to et he impression of a lot of troops, keeping the contrasts – between black shade and highlight – very pronounced. 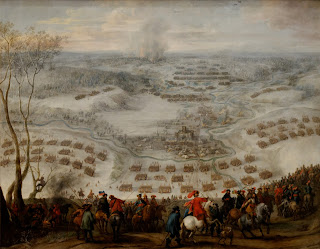 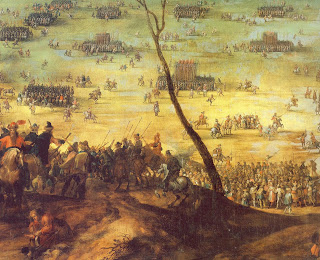 I kept with a solid black undercoat for all of the figure blocks, touching up the undercoat where my frost/ snow groundwork had strayed onto the figures. It’s almost impossible to dry-brush the groundwork in this scale precisely, so I found some degree of going over the figures with a second, selective undercoat after the groundwork was painted in snow/frosty tones to be essential.

I added a few 2mm scaled flags to some of the pike blocks. This was mainly a bit of an experiment, and to just vary up the pike blocks a little. I cut the flags from the thin foil of a wine bottle – a reasonably decent Rioja, for that Spanish/Imperial feel, if you’re curious! 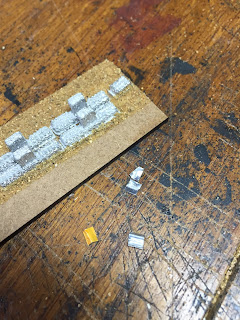 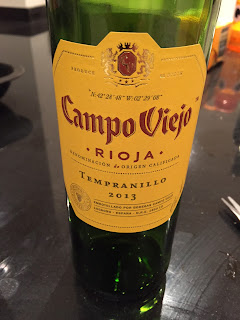 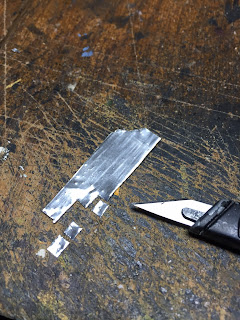 After cutting the flags, I glued each of them with epoxy resin to the back of the pike blocks. Probably a little unrealistic, as I think the flags were often, for the Imperials, carried in the centre of the pike block, but they add a bit of depth and colour when painted. You don’t need much glue – just enough to fix the flag on. If you choose foil, you can bend the flag to fit or fold with tweezers later. 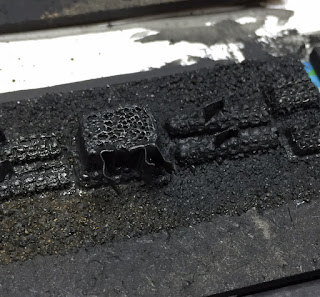 For painting I chose a neutral palette. I’ll post the paints in a “2mm Painting Table” in the Resources side-bar of this blog shortly, but generally what I was looking for was a contrasting set of grey, brown and deep red. I added the occasional lighter ochre for cavalry buff-coats, and some deeper dark grey occasionally for the odd pikeman. Again, I was trying to replicate the Snayers and Vrancx paintings, and trying to get a feel for the look of a massed army. I tried to paint a face on most of the figures with a tiny drop of medium flesh, and added a grey or brown hat (or hair) covering on the infantry. For the cavalry, I’ve added a dab of dark gunmetal for a helmet (the more authentic blackened armour I want to save for the Imperial cuirassier regiments). 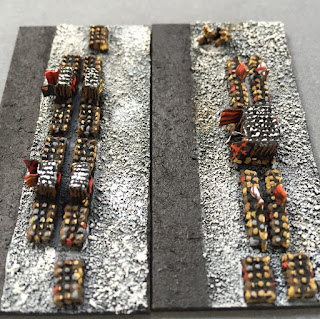 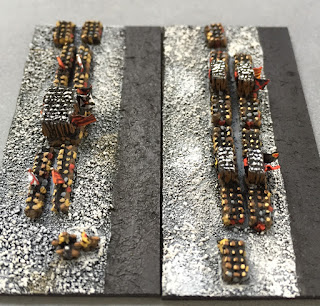 The 2mm infantry blocks are a little fiddly to even see the heads on all the figures to paint the face and hat on, but look nice once done. By contrast, the cavalry are lovely (if tiny) figures. Painting the horses, and then the riders, was the way I tackled the dense blocks of Imperial pistoleers.

The last stage was to add the silver for the pike points, and then a fine brush to try and approximate some details for the Imperial standards, I struggled to do anything more than a Hapsburg crossed wood staves, stripes or an Imperial eagle on yellow. Any thought of an elaborate Virgin Mary of the Catholic League is going to be just impossible in this scale. Stick to 28mm for that kind of thing!

A thin coat of varnish on the top, and you’re done. Each block takes about 15 to 30 minutes, depending on how far one wants to detail the figures and their flags. One of the nice things about the scale is having a feel of assembling a force without trying too hard. Oh, and storage. Storage is pretty easy as well … 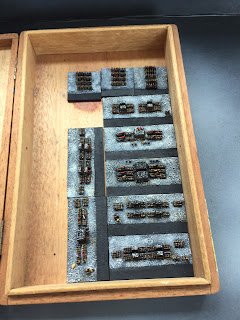 Next time, I’ll be tackling the Imperial cavalry, some cuirassier regiments and Croats. After that, I’ll be doing the artillery, the Swedes, and then some terrain for a re-fight of the battle of Lützen, 1632 in early June.

Thanks very much to everyone who has comments or been intrigued so far! I hope you can join me as I blog the run up to the game; I’ll be blogging more on the rules and a mini-campaign as the big day approaches. 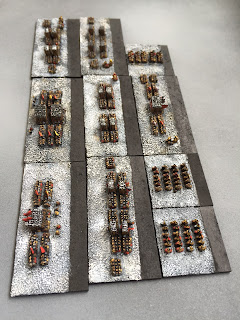 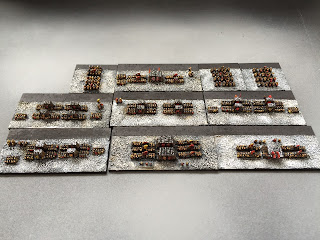 Posted by Sidney Roundwood at 14:04

Email ThisBlogThis!Share to TwitterShare to FacebookShare to Pinterest
Labels: 17th Century, 2mm, Painting and Modelling, Thirty Years War, This Warre Without an Enemie