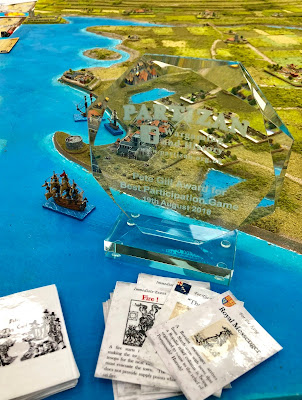 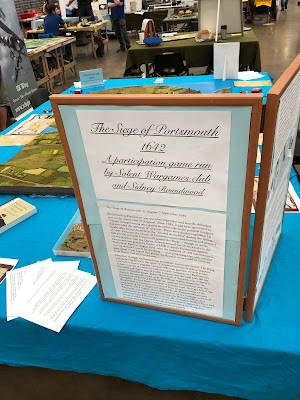 You might remember that a while back I staged a couple of refights of the battle of Lützen in the Thirty Years War, using 2mm scale figures. Although most of my wargaming since then has involved 28mm figures, the interest in 2mm scale battles and campaigning has never left me.

Last weekend, I had the great pleasure of joining my good wargaming chum, Mark Backhouse, in helping run his wonderful 2mm Siege of Portsmouth, 1642 game at The Other Partizan show in Newark, England. 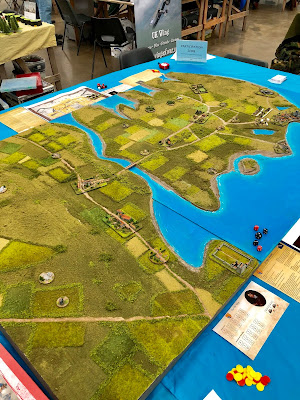 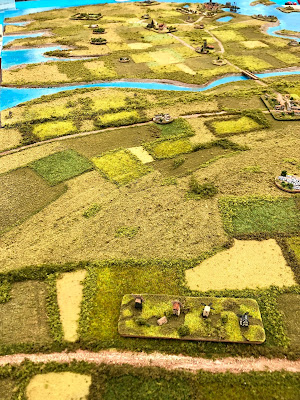 Mark’s game is really fantastic, and graced the pages of issue 90 of Wargames Soldiers and Strategy – including a full campaign guide and ruleset. I really enjoyed the article, and was very keen to play when he asked me if I’d like to join him at the show. It also gave me the chance to model and paint some of Rod Langton’s wonderful 1/1200th scale Anglo-Dutch ships – more of which in a follow-up blog post to this one. 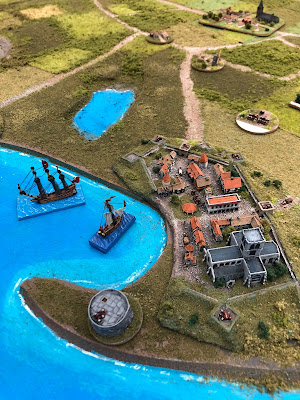 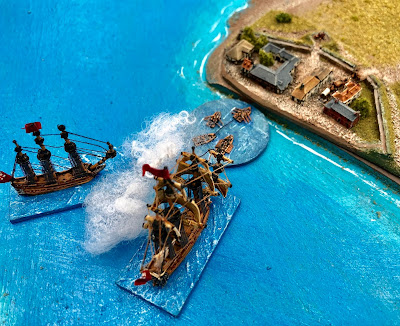 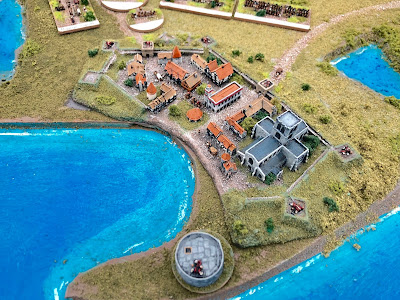 I’ve included some photos of the game in this post, which played very smoothly in the morning and afternoon of the show. We had a fantastic group of players through the day – thank to everyone who took part, and indeed for everyone who dropped by to say hello. 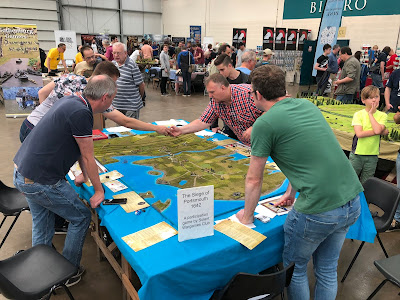 So, what made this game fun to play, and interesting to take part in? I’ve tried to set out my thoughts below, in no order of priority.

(1) Different Possibilities: I’m often at pains to say to my friends that wargaming in 2mm scale does not make a “better” wargame than any other scale, but it does open up a number of possibilities which can be harder to realise in the larger scales of 10mm, 15mm and 25/28mm. The ease of painting figures (really, figure ‘blocks’) in 2mm make armies simple to prepare, build and paint. (For those new to the painting process regarding 2mm figures, I’ve uploaded a guide on painting 2mm figures in the sidebar of this blog.) That leaves more time for terrain making and rules design and play-testing. 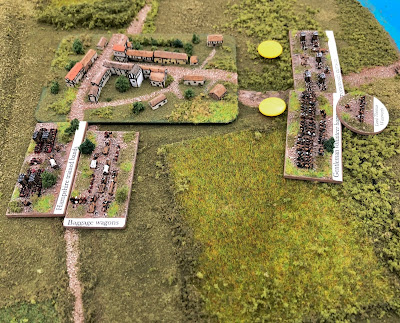 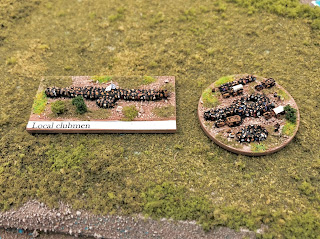 Mark made the Portsmouth terrain a year or so back, but added a new board in the space of only a week before The Other Partizan. As with my terrain for Lützen, I think we’ve both being surprised how quickly you can make 2mm terrain look eye-catching and appealing to play on. 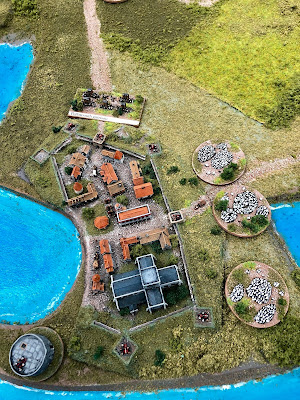 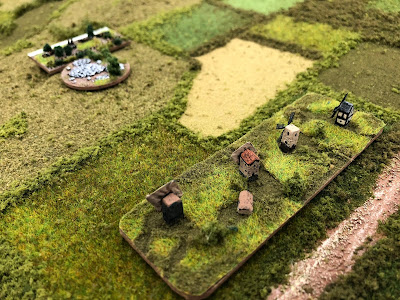 (2) Helping the Figures: Time saved in painting figures and making terrain means that you can have more time to research, think through rules and perhaps be inventive in other aspects of the 2mm wargaming process. I think 2mm as a scale works best where the figures, the terrain and the rules work together. Another way of looking at this, is to think that “the figures can’t do it by themselves”.

Lovingly painted 2mm figure blocks – like Mark’s – catch the eye, but maybe not for as long as lovingly painted 28mm figures might do. In a 2mm game, the wargame creator needs (in my view) to offer something more, to supplement the figures and terrain. This leads a wargame creator with the opportunity to fill that gap with hand-outs, cards, play aids and other material which complements and augments the game on the table. Of course, this is true with any wargame – but perhaps even more true with a 2mm game, and certainly one at a wargames show.

Knowing that the 2mm figures need a context, a world in which to retain the players' interest spurs you on even further to recreate that world. 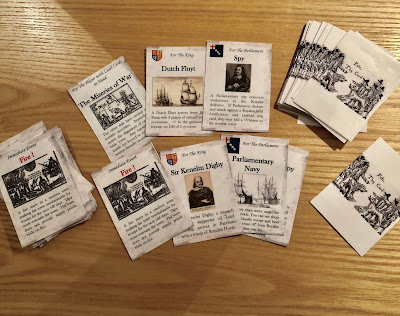 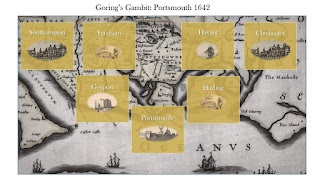 (3) Think Strategically: The 2mm scale of figures creates opportunities hard to realise in other scales. Mark’s game featured a campaign for the siege of a sizeable town, with events depicted including foraging, supply provision, naval blockade, reconnaissance, construction of field fortifications, field battles, retreats, refugees and amphibious landings.  Pretty much the whole world of the 17th Century Captain General.  The smaller 2mm scale of the figures allows a greater range of actions to be depicted than often occur on a wargames table. Just as the scale of figures reduces, the tactical and strategic scale of the wargame expands commensurately. 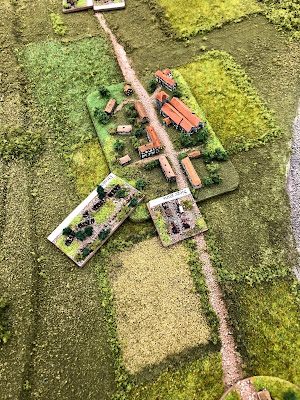 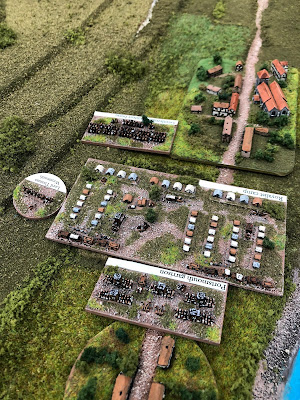 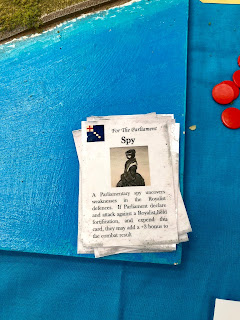 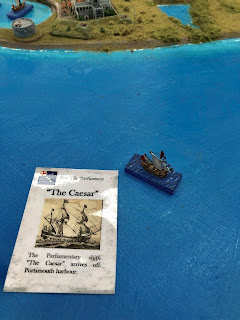 So, in the Siege of Portsmouth 1642 game, scouting and reconnaissance, foraging and engineering were essential components of victory in the time context of the game. What resulted was not, of itself, a "better" game, but it was a quite different game to that offered in scales where the combatants just face off over a battlefield.

(4) Make Your Own Rules: As a scale, 2mm is perhaps never going to be the first choice for most (or, perhaps, any) wargamers. For that reason, it is possible that there may be fewer wargames rules written for the scale than for, say, brigade-level Napoleonics. I don’t see this as a bad thing. It really forces a wargamer interested in playing a 2mm game to think about the type of game they want to play, and create rules to match. Any slight frustration at not having a well-used and widely popular set of 2mm 17th Century wargames rules to use is more than offset by the reward of having to research and write the rules ourselves, to fit the game we would like to play in this scale. 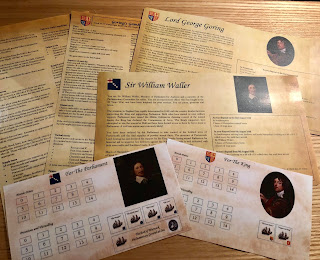 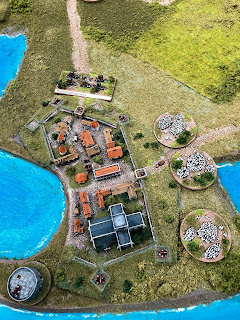 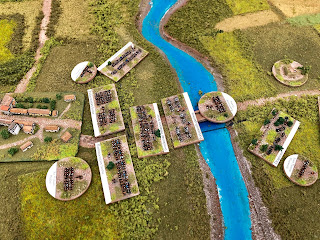 I should add at the end of this list that 2mm games do not have to be huge, or on a grand scale. We’ve had fantastic 2mm games on a table 2’ x 2’. The grander tactical or strategic option for wargames I the 2mm scale is there, but it’s a choice for you to decide if you want to take it

We also ended up winning the Best Participation Game Award at The Other Partizan, which was enormously generous of the show’s hosts, Tricks and Lawrence. So, hopefully, we’re doing something right! 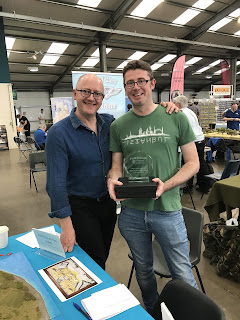 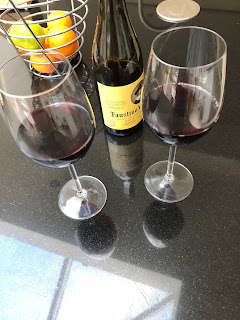 Next time, I’ll look at some of the 1/1200th ships we made for the game, and perhaps offer some entertaining comments on how hopeless my attempts were to emulate the wonderful images on Rod Langton's website.  Hope you can join me for that!
Posted by Sidney Roundwood at 19:29

Email ThisBlogThis!Share to TwitterShare to FacebookShare to Pinterest
Labels: 17th Century, 2mm, This Warre Without an Enemie, Wargame Shows