"And call them meteors, prodigies and signs,
Abortives, presages and tongues of heaven"
King John, Act 3, Scene 4
As mentioned in my last blog post, I promised to return to some rashly proposed ideas I placed on the blog around this time last year.  You might remember, I had mentioned that in 2020 you might, here on the Blog ....
So how did I do in realising these "Portents of Laarden"? 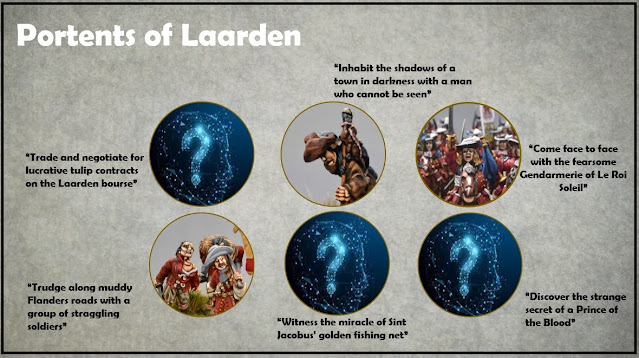 Well, as you can see, I managed to create half of the portents during 2020, admittedly an unusual year for all kinds of reasons unrelated to the hobby of miniature wargaming.
In the early days of the year, the unpleasant, treacherous character of Gerrit Vermuelen crept onto the Blog in his sly, habitual manner.  Gerrit, the ratcatcher and spy, is of course the man who "inhabits the shadows of a town in darkness", and like all of the Laarden underclass is a man who "cannot be seen".  "Portent" unlocked! 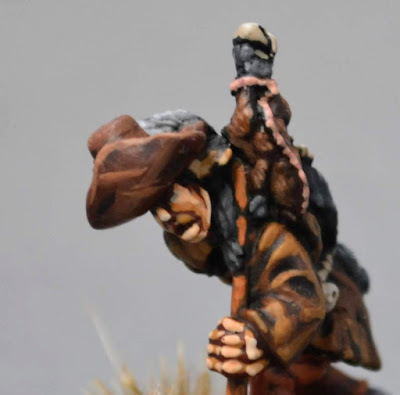 I also in the early part of last year, we "trudged along muddy Flanders roads with a group of straggling soldiers", retreating from another shipwreck of the Flemish armies in the Field. 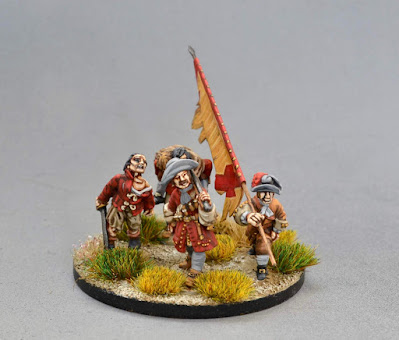 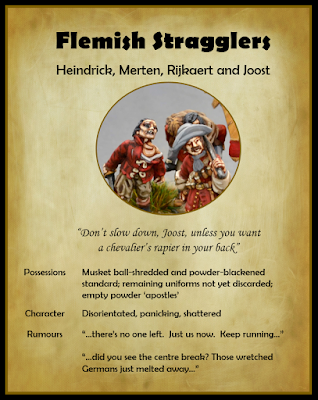 Another "Portent" unlocked!
I has so much fun painting the group of Flemish stragglers that, in July last year, I painted a ghostly version of the group. 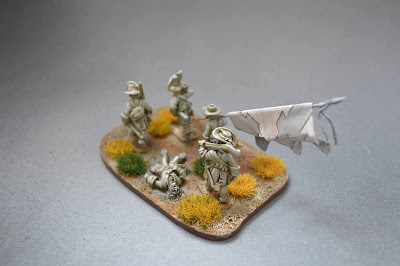 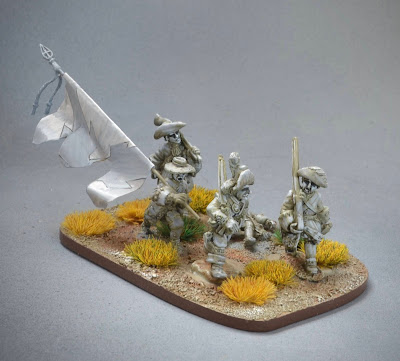 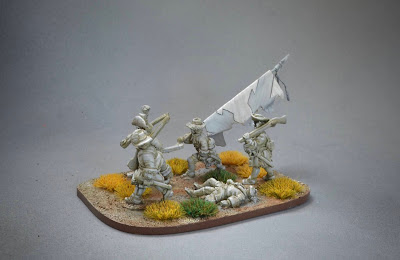 What's going on here?  Wait... these are not sensible historical miniatures!  Well, they are.... but.....
They're miniatures, but painted as the wraiths from an empty battlefield.  I thought they were just something fun to paint.  It's been a long lockdown, dear Readers!  And they nicely book-end the more sensible, and useful, colourful Flemish stragglers to be used in our "sensible" historical wargames (.... and yes, I am coughing as I type this...).
One thing I did find in painting the wraiths, is that painting ghosts is not quite as easy as it first seemed.  But I am sure that practice will make perfect... 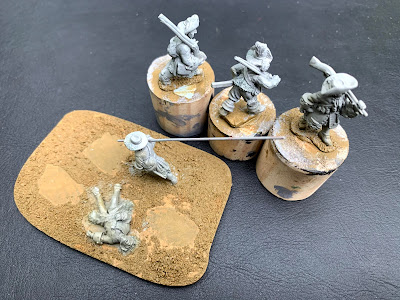 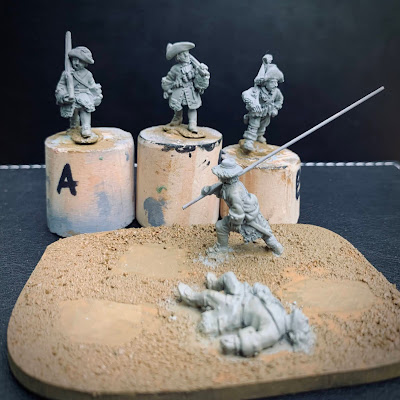 Moving along from that distraction, last year I finally - at last - painted the French Gendarmerie so that you could "come face to face with the fearsome Gendarmerie of Le Roi Soleil".  And yes, they appeared a couple of months back with their fine swords and slightly bad dentistry to unlock another "Portent of Laarden" for 2020. 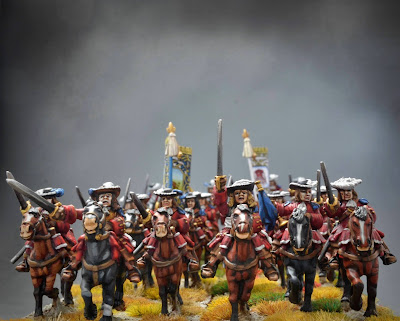 So, what about the other three, as yet unfulfilled "Portents of Laarden"?  When will they ever be completed?  Will those strange portents come true?
I can promise you that they will eventually appear like comets in the sky.  Hopefully it'll be this year, or at least in the next 12 months.  So, keep watching the skies, dear Stargazers.
And as you direct your telescopes to the Heavens, I've added three new "Portents of Laarden" for you to look out for, described in a cryptic style of which Nostradamus would be proud. 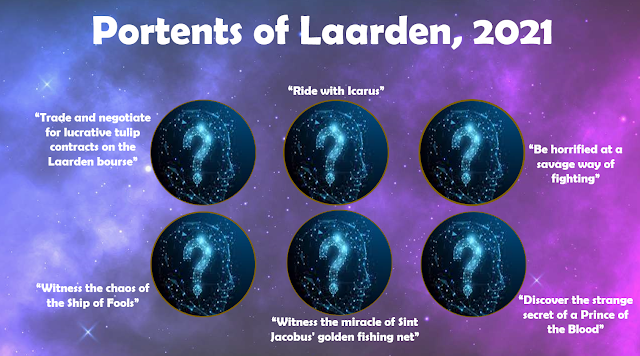 Eventually, dear Readers, you will at some point in the next 12 months, be able to:
And, quite possibly, never again want to read your horoscopes.
*******
Posted by Sidney Roundwood at 12:34

Email ThisBlogThis!Share to TwitterShare to FacebookShare to Pinterest
Labels: Blogging and the Blogosphere, Laarden 1688