I had a very enjoyable Bank Holiday weekend finishing off the wooded terrain board and free-standing trench board I’d blogged about a week or so back. I also made a couple of inserts for the wooded board, of which more in a later Blog post.

In case you were interested in the finished wooded terrain board, here it is... 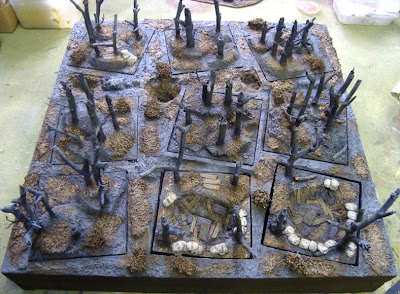 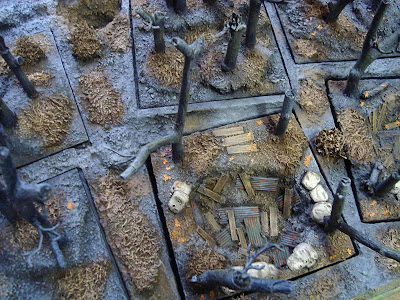 The paints used were mainly household emulsion and some acrylic craft paints called “Louvre”. For the fine detail painting – the corrugated iron, the trench boards and the fallen leaves, I just used Vallejo acrylics. I don’t normally bother varnishing scratch-built terrain, but I ran a quick coat of matt varnish over the plastic-card corrugated iron. 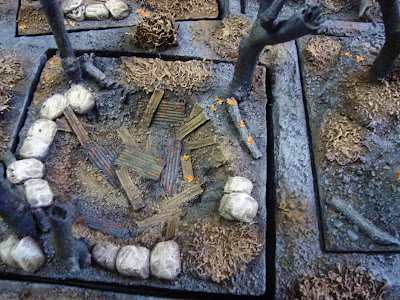 Here’s some more photos, all “staged” as I’ve not yet run a game on the board yet. 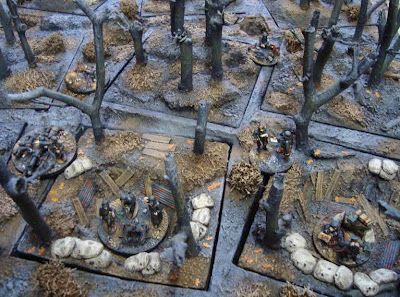 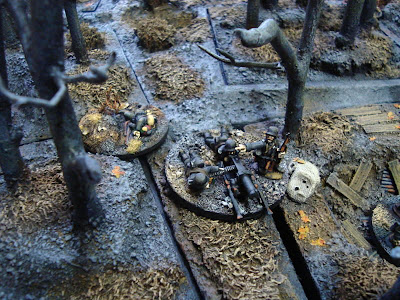 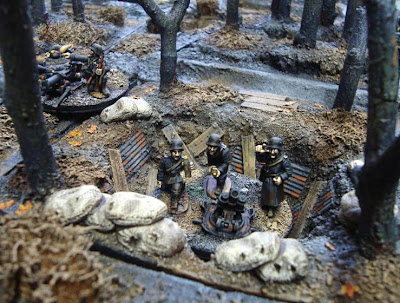 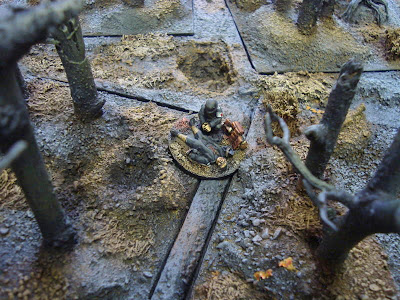 I thought the destroyed heavy machine gun based looked quite authentic.... a reassuring sight for any British, French or American player! 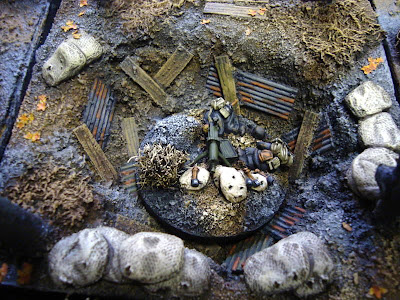 And some less reassuring sights for British, French or American players.... 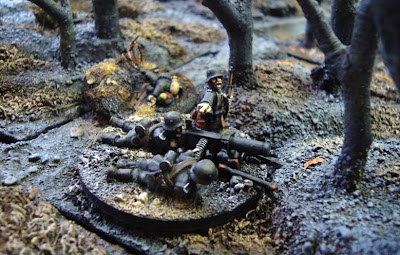 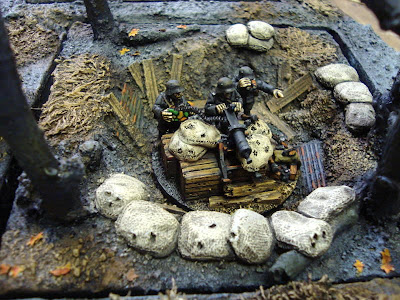 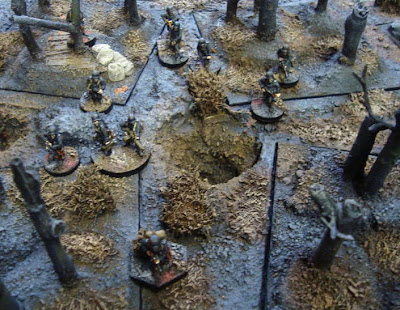 Nemesis of the British subaltern.... 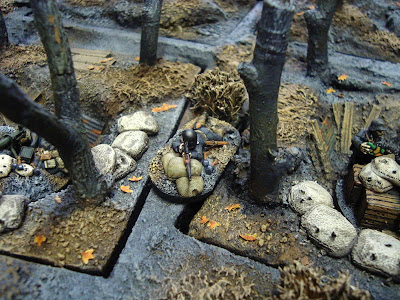 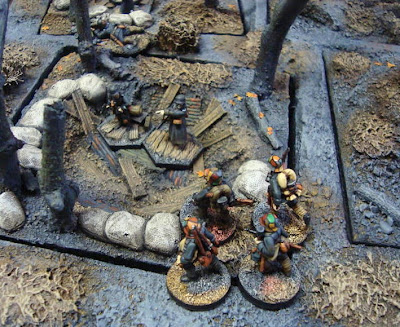 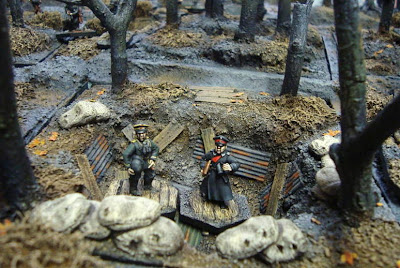 A German sniper stalking his prey... 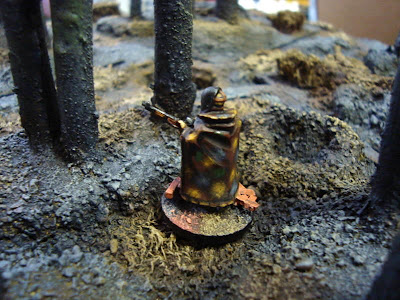 Hope you enjoyed these....next up the finished free-standing trench board.
Posted by Sidney Roundwood at 11:08