Thirty Years War in 2mm - An Update for Patient Readers 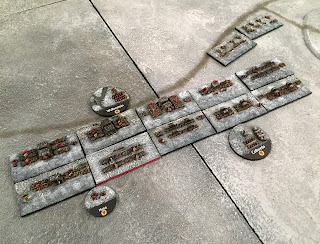 For anyone reading this Blog who has been patiently waiting since last year for an update on our 2mm scale Thirty Years War project, I have some good news (and an apology).

As you might recall, last year I built a collection of 2mm scale armies to re-fight the battle of Lutzen in 1632. Full details of the ideas behind the project can be found on a couple of earlier Blog posts, HERE and HERE. 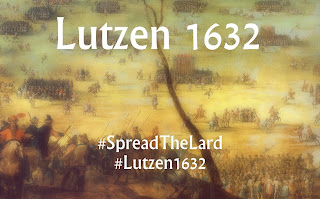 It’s probably helpful to mention that, during the last year, the thematic ideas which Curt (fellow rules author) and myself started with have not changed a great deal. We are still looking for our rules for the period to create a wargame focused on re-creating iconic 17th Century battles in a manageable space, and in a compressed time period (so you could easily play a game in an evening).

We're still focusing our efforts on the Thirty Years War, which provides a wealth of significant, reasonably well-documented battles to attempt to recreate.  It's also a fortunate co-incidence that next year will be the 400th anniversary of the commencement of the war, which might prompt an interest in looking at different ways of wargaming the conflict.

And we are still looking to try and recreate the unique visual elements of large scale “battle paintings”, and focus on the attributes of battle and warfare which contemporary commanders considered - in their diaries, letters, orders and commentaries – were important in determining victory in the field.

What has been evolving have been the rules themselves as we tinker with mechanisms, talk through variations, play-test scenarios and parts of the battle, read more (and more) and generally try and refine and finesse what we have on the printed rules pages. 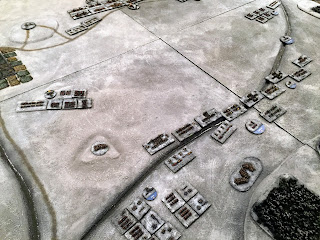 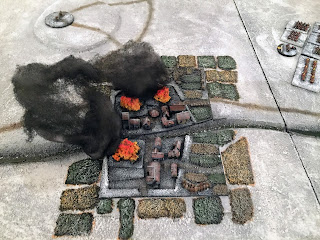 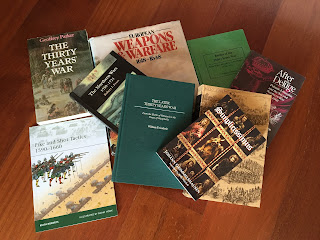 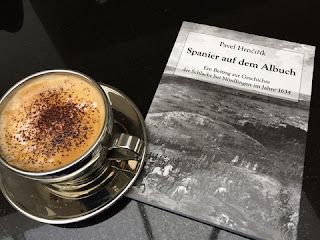 As anyone who has written, or adapted wargame rules, this is quite a difficult process. Just when you think progress is being made in one area, something else slips out of place, perhaps as a consequence. The challenge for me has been to try and retain the themes which I consider make the warfare of the mid-Thirty Years War unique, while also making the game playable and fun. Some of the most difficult elements of rules writing and play-testing have involved the combat mechanisms at the heart of the battle.

Part of the challenge has been to both understand what happened in mid-seventeenth century battles and, in particular, how contemporaries believed those events affected the course of the fighting.

As Sir James Turner wrote in his commentary on the arts of warfare, “Pallas Armata”:

*****
“Of all Martial Arts, to fight a Battel well, and gain the Victory, is of the highest importance, and makes the Prince or his General most renown’d: It is this (and neither retreats nor taking Towns, though both these shew the qualifications of an excellent Captain) that crowns them with Laurels.”
*****

This is all wonderful, stirring stuff. And there are endless exhortations of this type throughout "Pallas Armata". What Sir James’ commentary is rather short of is what actually happened at the sharp end of a melee or a firefight. Here’s the commentary in a key chapter of “Pallas Armata”, Chapter XXII (“Of things previous to a Battel, of a Battel itself, and of things after a Battel”) on melees:

*****
“Your advance on an Enemy, in what posture soever he be, should be with a constant, firm and steady pace; the Musketeers (whether they be on the Flanks, or interlin’d with either the Horse or the Pikes) firing all the while; but when you come within Pistol-shot, you should double your pace, till your Pikes closely serr’d together, charge these, whether Horse or Foot, whom they find before them. It is true, the business very oft comes not to push of Pike, but it hath and may come oft to it, and then Pike-men are very serviceable.”  (Spelling all as in the 1671 edition)
***** 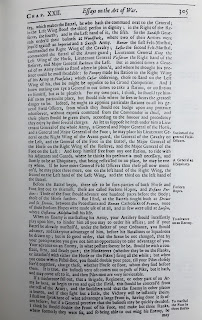 There is an immediacy and great vitality through the whole of “Pallas Armata”. It’s evident Sir James Turner knew precisely what he was writing about. But to me, reading in 2017, the precision, granularity, and detail of the fighting you’re looking for as a (very) amateur rules-designer is absent in the text. And, in my view, the same is true of other commentators (Montecuccoli, the Earl of Orrery, Richard Elton) who were writing around the same time. 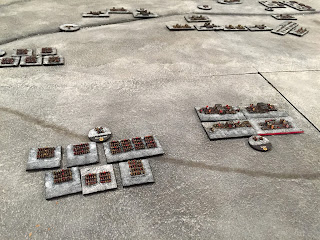 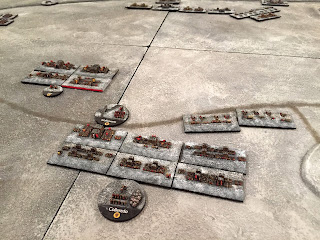 So, we’re working through the rules mechanics, and carrying on play-testing, and continuing to try and make sense of what happened in the battlefields of 1632 and 1634 - as well as re-reading Sir James Turner's writing and wondering what on earth he meant!

When Curt was over last week, we played through a pared down game of the battle. This featured a couple of memorable events, principally the shattering of part of Count von Pappenheim’s impetuous cuirassiers by means of a well-deployed, enfilading Swedish artillery battery. And yes, that is one of the 2mm “shattered bases” being deployed into the ragged Imperial mounted line… 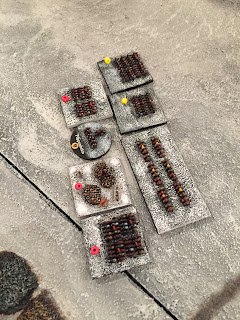 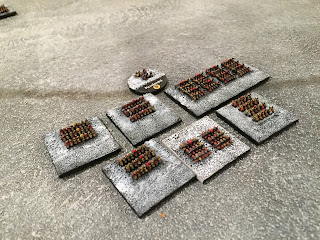 Also featuring in the game were some lovely scratch-built 2mm snow-bound villages made by good friend, Mark Backhouse.  And also, somewhat bitten by the 2mm scratch-building bug, it was the first game in which I fielded the Imperial Chancellery baggage trayne which I made a couple of months back but have only just got around to painting. 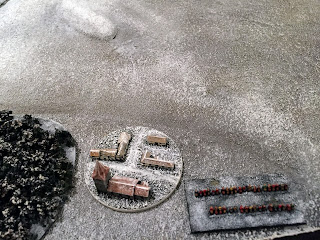 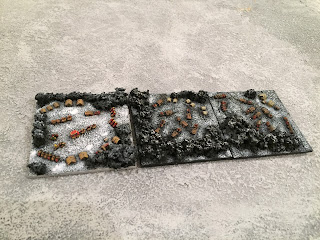 Although the rules are written, and fairly comprehensive, we’ve a fair way to go in play-testing a set of rules which I hope will be both accurate and fun. And fear not, you’ll be the first to know when that happens! 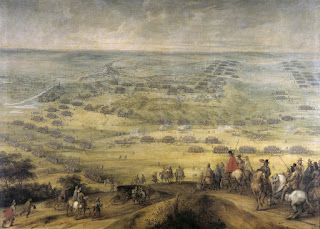 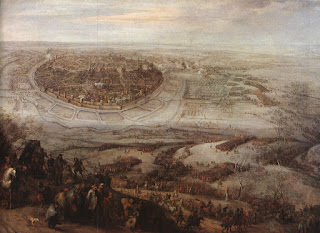 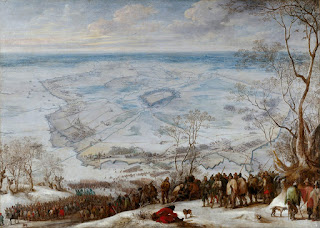 Posted by Sidney Roundwood at 09:42