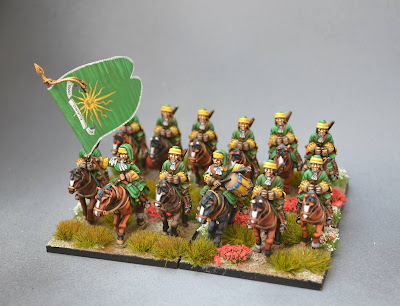 From the journal of Don Fernando de Torrescusa, Marquess de Girona, Envoy of His Most Catholic Majesty, Carlos the Second, King of Spain, to the Flemish Free City of Laarden in 1688.

"By now, they will be long past Laarden, My Lord. They will be past Ghent, and nearly past Antwepen. They do not known any limit in extracting their contributions. They will take the bridges, strip the villages, seize the baggage and take the crops. I have even heard rumours that they have sacked the churches and monasteries. For this is a new way of warfare.

"The Duc de Luxembourg's dragoons recognise no battle line, halt at no flank, and do not take the essential parts of the Field as you might expect. Nor do they scour and pillage the land without reason. They know that without the farmers, the shepherds and the villagers they cannot use the land. Their purpose is to make war feed itself. Their value to the French King is measured by florins, marcks and guilders - not just by their muskets in the Field".

I leaned back from the tables of maps and looked at the collection of grey, worried faces of Laarden's leading generals, commanders and politicians. All the major Houses of Laarden were represented - de Vichet, Brueghel, Gloouw, T'serclaes, Gautier, van Aalst, Brochet - as well as a number of Imperial commanders having arrived in the Free City last few weeks. They stared at me, most with the greatest concern. It was as if the news of the "contributions" being openly raised by French dragoons in the counties and lands surrounding Laarden had finally broken the Devil's spell of utter complacency cast over the City.

"Antwerpen? ANT-werpen?", spluttered the Count of Sint Vaalben, his pupils dilated with astonishment. "Antwerpen, in this weather? In the winter? And on our roads, Girona? On our own roads?"

Jacob van Brueghel, Count of Sint Vaalben, was an experienced field commander. I had fought alongside him in Flanders twelve years before. He had not used the intervening period of peace to greatest advantage. I could tell he had never seen French dragoons at close quarters, nor experienced their trademark depredations. 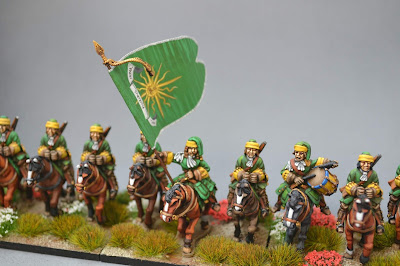 I tried not to sigh, or display impatience with him and the rest of the Council of Laarden. I could sense that they were all tired, perhaps even growing weary of my continual warnings. But at least they were listening now.

I spoke to him slowly, my fingers moving across the maps and dispatches on the table to emphasise my argument. "My Lord will remember when we spoke shortly after my arrival of the danger posed by the Sun King's dragoons. They are the hounds moving in advance of the hunting party. They will move on the roads, through the fields, through the down-lands, into the woods, across the bogs and heavy ground. They take a direct share of their plunder extracted from your lands, My Lord, along with wealthy hostages. They will be past the Free City of Laarden, even now. They are creating a noose for your City, My Lord."

They had finally realised how bad this could be. 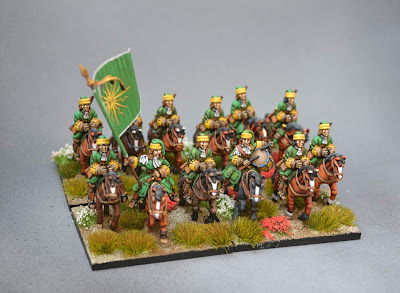 As you'll have realised, I've jumped back to the journal of an earlier correspondent in the annals of the alt-historical campaigns around the fictional Free City of Laarden, the veteran Spanish field commander, Don Fernando de Torrescusa, Marquess de Girona. You would be very much forgiven for thinking that the above ramblings are the product of an over-active imagination. Well, true in part, no doubt.

But history is perhaps stranger than fiction in some respects. A while back, I was lent a copy of  "Princes, Posts and Partizans: The Army of Louis XIV and Partisan Warfare in the Netherlands 1673-1678", by George Satterfield. Not perhaps a title to catch the eye, but a book of real value to anyone interested in the warfare of late seventeenth century northern Europe. 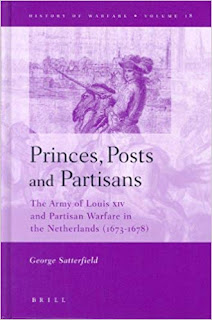 One of the key themes of Dr Satterfield's book (which I hope to review here on the Blog later this year) is how Louis XIV's large and extensive dragoon forces actually operated in the field. Of course, they were useful in reconnaissance, could be very handy in a skirmish fight and had a limited role on the Field of Battle - but this was very much just the tip of a well-crafted iceberg. Dr Satterfield's book goes into a lot more detail of how the French dragoon arm essentially operated as a State-sanctioned organised crime group, bullying, beating, cajoling and stealing from the unfortunate civilians of the southern Netherlands, the Rhinelands and the United Provinces during times of war. They appear to have been significantly more subtle than the predominantly mercenary, or enterpriser, forces of the Thirty Years War. An aim of bleeding the land, rather than destroying it, might be one way to describe the French dragoon regiments' particular leitmotif.

How such formidable adversaries could be counteracted is a story to be left for another Blog post, however. "Princes, Posts and Partizans" is a very fine book. The only downside is the deeply depressing retail price, focused on a tiny academic marketplace. I managed to borrow the book on loan from a university library through a professional channel, but it's very sad that the excellent research of academics such as Dr Satterfield is not more freely available. Many thanks also to Chris for his recommendation and the loan of Dr Satterfield's book. 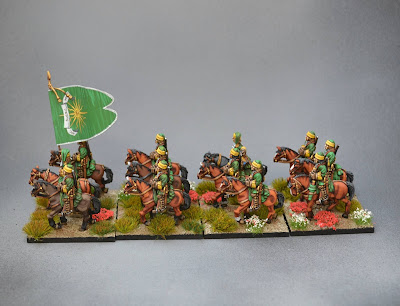 Turning to the figures, they're a mixture of 28mm Dixon Miniatures' Grand Alliance range, with an Ebor Miniatures officer and drummer. The figures were all very easy to prepare and paint. I really liked the smaller Dixons horses, marketed in the catalogue as "Dragoon nag" (GAH 2). The Ebor horses were lovely, but slightly too tall and better-bloodlined for what I wanted. I therefore re-mounted the Ebor officer and drummer on Dixons ACW horses and Tartar ponies. The uniform is the colourful the Dragoons de Fimarcon (taken from Robert Hall's book for the Pike & Shot Society). 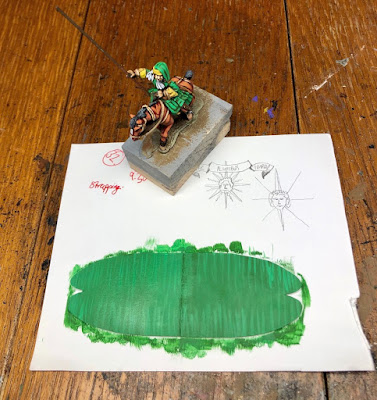 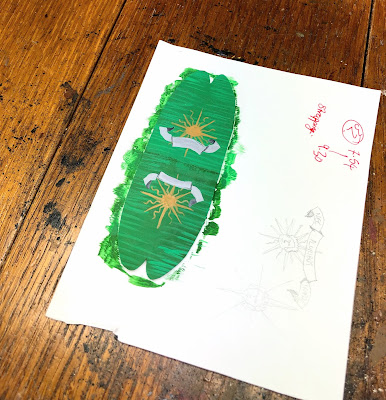 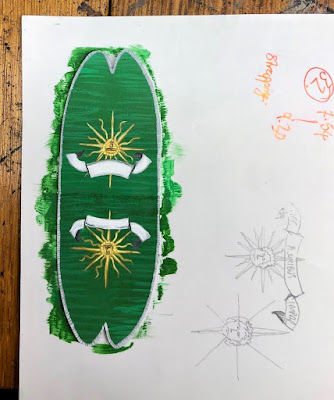 For various reasons, I resorted to painting the standard myself. OK, so I confess, it's a little over-scale, but I prefer my flags on the large side. I stayed away from metallic paint on the standard. No doubt golden thread was used on the original, but I'm also fairly sure that might have darkened in time, not least from the blackpowder smoke present on any battlefield.  Maybe its just me, but I sometimes find metallic paint (even Vallejo's lovely "air" range) a bit hard to use and blend. 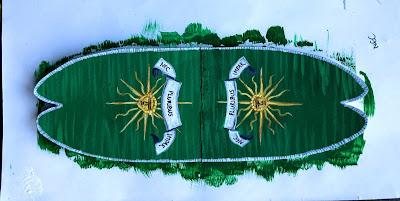 So, a slightly different perspective on a familiar formation, and a truly resilient adversary from the Sun King's army.

Hope you can join me again next time when we'll be looking back to another formation which never got finished during this winter's Painting Challenge! See you all then!! 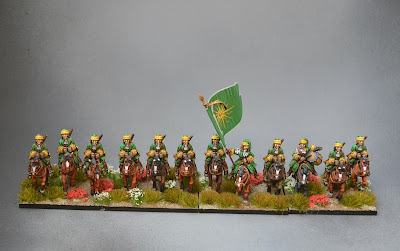 Posted by Sidney Roundwood at 07:27