It might seem a little bit odd to be posting an after-show report on Crisis 2009 a full ten months after the show. In my defence, I thought it was a suitable end to my blog postings featuring the trench terrain we built in the winter of 2008/2009, as well as a link through to current some projects I’m working on.

Before I start, I should say that I am very far from a veteran stager of participation games. The first game I help stage with TooFatLardies was in 2005 at Salute, and by my reckoning we have visited about fifteen shows after that. Each game and venue tends to be different, so it is hard to describe some hard and fast rules of what works every time. I hope that this post will point you towards things which we felt really worked in staging a participation game at three large shows in 2009 (Salute, Partizan and Crisis), and what we might not do again. 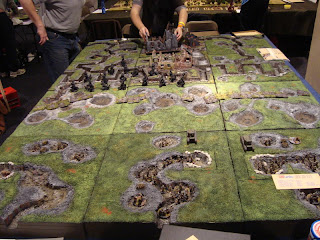 It would be really nice to report that all the games we have staged have been prepared well in advance and thoroughly play tested with a wide variety of wargamers. Well, OK, that’s not happened every time - as participation players at some of the shows might remember only too well! But it does help to try and make sure things are finished with a reasonable amount of time to spare. Oddly enough, we were far more prepared for Salute 2009, with the trench terrain having been completed a few weeks in advance, than we were for Crisis 2009, where the construction of the ruined village boards took far longer than I had expected. All I can say is that I have learned from my mistakes – the game which you feel prepared and ready for is much more enjoyable than the one which you feel you’ve brought to the table in a rush.

2. You had how much to drink last night?

For me, wargaming is all about having a great time with my friends. There have been evenings before shows when I might have over-indulged – previous outings to Antwerp for Crisis for example. However, last year I tried to remember to go easy on the night before the show. And as a result I managed to remember my camera as we toured the stunningly beautiful City of Antwerp looking for dinner. I felt I missed out a little on a very memorable evening, but avoiding the Saturday morning hangover was worth it. 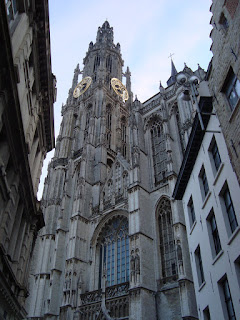 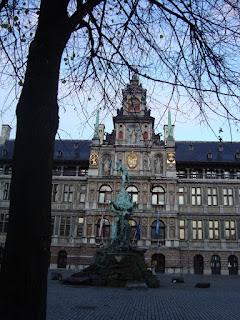 It’s always a good idea to set up the game early, ready for the first punter. Knowing where on earth you packed everything when you left home helps as well. 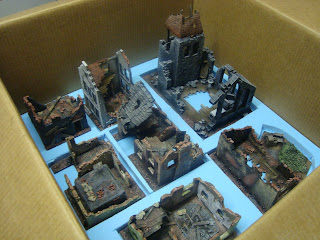 People at wargames shows love to see nicely painted figures and terrain. And, after all, you’ve spent hours, days and weeks producing your game, so feel free to show it to the world. Our games have always got off to a good start when we’ve placed figures in view from the start. Hidden movement is all very well in a club night game, but a wargame show is a stage which needs to be filled. In the same vein, getting an early combat between the two sides is invaluable to get people rolling dice and excited about the game. 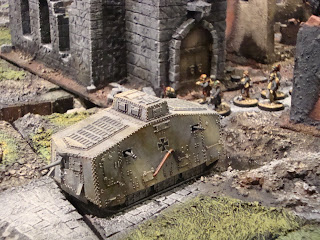 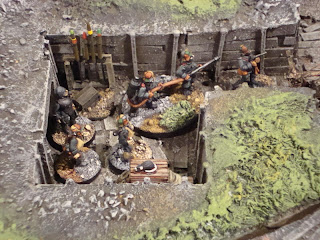 Arranging the action in the game to achieve this is a good thing in my book. Having some easily readable summary of what is going on in the game also helps in getting people interested in playing later on. 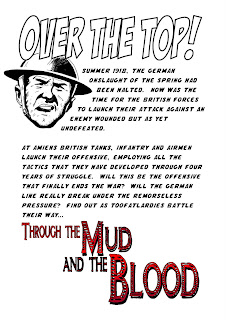 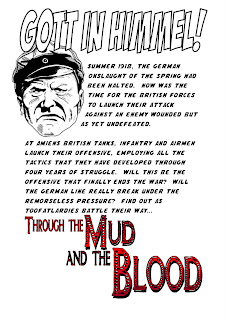 Because the core of my hobby is really all about people, I’ve always enjoyed participation games. I’ve met so many terrific people at shows, both by playing and staging presentation games. The table when you walk up and are welcomed in is off to a great start in my book. When we’ve staged games at shows, we’ve tried to put participation at the heart of the action. Out of all the maxims I can give, this (for me), is the most important. 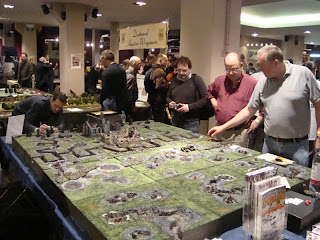 It’s always been pretty hard work running participation games at shows. But it’s part of the life blood of the hobby. Certainly I’ve been influenced about what to wargame, paint and model by what I’ve seen at shows. Part of the pleasure of gaming is thinking that someone, in the crowd of folk you meet at shows, might be similarly inspired. And that always makes it worth it.

A post-Crisis 2009 glass of champagne with (from left to right) Mick, Nick, me and Richard. 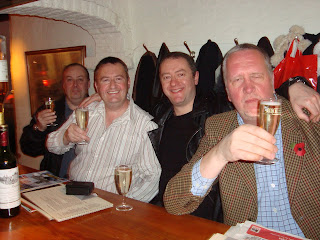 Well, there it is....a personal view of staging a participation game. And if you would like to try a TooFatLardies participation game for yourself, we shall be at SELWG on Sunday, 17 October (http://www.selwg.com/selwg05.html) with an American Civil War game, based around an ACW version of “Sharp Practice”.

Next time in the blog, I’d like to feature some of the figures and vehicles I’ve been building since Crisis 2009, starting with the men and machines of “B” Battalion of the Tank Corps from 1917.
Posted by Sidney Roundwood at 14:03